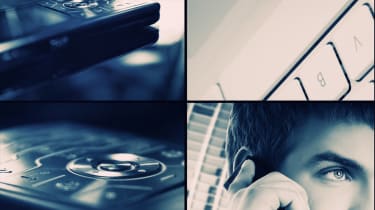 There's no denying that 2009 was the year of the smartphone, whether you want to concentrate on the dawn of Android, the applications explosion or the fact that everyone now wants a smartphone rather than a lower-end feature phone.

We take a look at some of the technologies that look set to take 2010 by storm.

Samsung has always been one to dabble in different operating systems, launching devices using both Symbian and Windows Mobile in addition to its own feature phone OS.

In November, the Korean manufacturer announced its own smartphone OS, named Bada.

Despite receiving a lot of stick about the chosen moniker, Samsung Bada is a platform that could rival the lower-end smartphone operating systems such as Symbian, which is now only really used by Nokia.

The platform has been designed with apps and developing at its epicentre, so it fits well into the application-based future of mobile.

There hasn't yet been a handset launched using the OS, but when it does, we are promised a touch screen, a decent camera (Samsung has always been good with multimedia), and an app store launching soon after the first handsets are released.

Near Field Communication (NFC) went through trials in 2008 and it seems that manufacturers are finally now thinking about integrating into widely available devices.

Nokia began the trend with its own trial with an NFC chip integrated into the budget 6131. A number of beta testers used the phone for a year for contactless payments, digital concert tickets and oystercard travel.

NFC has almost been overlooked in the past year in connection with mobile phones, but Nokia has already announced it is aiming for the tech to be in all mobile phones by 2012.

One un-named Nokia source told mobile phone website Mobile Today that "In Q3 and Q4 of next year we will see Nokia going into NFC in a big way. They will be bringing forward a lot of phones with embedded NFC."

Another area to look out for where Nokia is concerned is the decline of Symbian-based devices and uprising of Linux-based platforms such as Maemo.

We've already seen the Nokia N900 released, and it didn't disappoint, but we'd like to see more.

For Maemo-based devices, Nokia seems to have reverted back to the mobile computer' concept, first mentioned with the Symbian S60 N-series devices, meaning a top browser, big screen and speedy processor.

We can expect follow-ups to the N900 will start to pop up during the second half of 2010.