Is Firefox’s position vulnerable in 2010?

For the last few years, Firefox has been the alternative browser of choice. But could it be running out of steam, wonders Simon Brew… 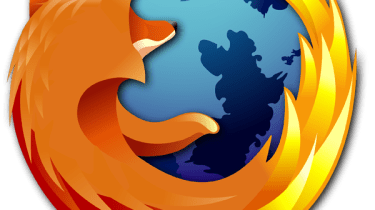 It's Google's Chrome though that's slowly but surely gaining ground, tripling its slice of the market to 4.63 per cent in 2009, and overtaking the long-established Safari in the process. It's done this with a product still very much in its infancy, with a brand new version due later this year.

What's more, as these words are being written, Google has invested in a massive UK billboard advertising campaign for its browser (albeit with posters that don't really explain what Chrome is for those who have never heard of it), and it's a sure sign of the investment that the firm is pumping into its product.

Combined with the release of the Chrome operating system later this year, this is a brand that Google is going to be getting behind. And given that it has far more resources than Firefox, it has plenty of power to fight with.

All of this has come at a point where, ironically, Firefox is something of a target for some itself. It's the psychological problem when the underdog moves to become part of the status quo, in that it loses a little of its instant appeal in the process.

In the case of Firefox, it's inevitably proven to be vulnerable to malware on Windows. And given how many people use the browser, it's becoming increasingly worthwhile for malware writers to target its vulnerabilities.

Mozilla argues that just because user numbers increase, it doesn't mean that security problems follow, but there's inevitably a little correlation somewhere along the line. That said, in Firefox's corner of course is the fact that it's quicker and more efficient at patching security holes than Internet Explorer.