A new research consortium formed by Alcatel-Lucent and Bell Labs has unveiled plans to reduce energy consumption in the ICT sector a factor of 1,000 over the next five years. 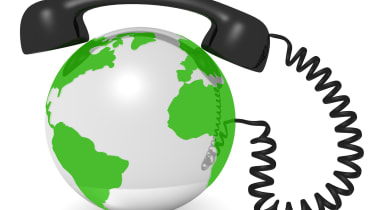 Alcatel-Lucent, along with its "best asset" Bell Labs, today announced a new research initiative, aiming to reduce power consumption of the ICT industry by a factor of 1,000 in just five years.

The companies announced the move at a press conference in London alongside a selection of the 15 founding members of the research consortium called Green Touch.

"Total CO2 emission is going up and if we don't do something radical it will go up even further," said Ben Verwaayen, chief executive (CEO) of Alcatel-Lucent, during the press conference.

"The challenge I gave to bell labs is what can we do about it and they said by ourselves it is very difficult."

He added: "The excitement is this, if you are willing to embrace open collaboration, get the best brains in the world and bring them together spectacular things can happen."

The idea came out of meetings between a group of scientists and engineers last year who looked into the minimum amount of power needed to fuel the global network of today.

Theoretically they claimed it could be reduced by a factor of 10,000, even more if wireless networks were taken out of the frame.

But they decided that if this technology was to become a reality they needed more help from other industry experts.

Green Touch was then born and if it achieves its five year goal, the industry is looking at some massive changes, according to Gee Rittenhouse, the head of research at Bell Labs.

"Imagine the amount of energy it takes the global network to operate for one day," said Rittenhouse at the conference.

"If we had this new network, that same amount of power that it takes to power one day today would represent three years of operations.

The members of the consortium have only come together in the past six weeks and include both hardware manufacturers, software companies and operators including China Mobile, AT&T and Portugal Telecom.

Green Touch also has the backing of public sector organisations including universities - such as MIT and governments the US, France, Portugal, Korea and the UK.

The question of cost with both the new technologies and the funding needed to create them was dodged by both Rittenhouse and Verwaayen.

However the chief executive concluded by saying: "It is a great investment we are talking about innovation here, not about huge sums of money. It is about being selective and working together with the best brains [and] we are proud and happy to spend a fair share on that.