We roundup 10 of the most interesting things to come out of last week's Consumer Electronics Show (CES) in Las Vegas. 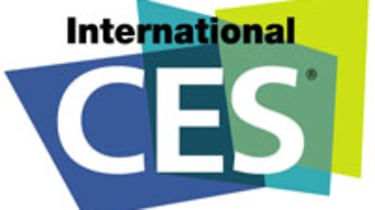 So that was CES. Literally thousands of new products were shown off, each competing for the attentions of the more than 100,000 journalists present.

Of course, some were better than others, and after five days of relentless bombardment from the biggest names in consumer technology, we've picked our 10 favourite bits of CES 2010 a mix of the best products and the most dominant technologies on display. We look at what makes them so special and what their wider impact will be over the year to come.

There wasn't really one single product that stood out from the crowd at this year's show, but there certainly was one technology. In 12 months, 3D has gone from a mad scientist project on the fringes of the consumer tech radar to a no-option necessity for all the home entertainment giants, who obliged and dominated the show as a result.

Key appeal: From sporting events and PC gaming to 3D Blu-ray and virtual reality, 3D's potential is immense now that the technology has finally matured.

2010 prediction: After the feast, the famine: we'll have to wait and wait for products, but this summer's World Cup will kick-start the 3D revolution.

Of all the hordes of 3D television technology introduced at CES this year, Toshiba's efforts stood out thanks to the awesome power of its eight-core Cell TV processor, which Toshiba claims is 10 times faster than a Core 2 Duo chip.

Key appeal: That processing power opens up performance that rival sets just don't have, like 480Hz 3D, real-time 2D to 3D conversion and remote control-banishing gesture control. Rival manufacturers have their clever technologies too, but Toshiba's is simply better.

2010 prediction: Cell TV is no sales gimmick, and Toshiba were talking about it at last year's CES too. Sadly, sets featuring the technology will only arrive near the end of the year.

Memory cards are small and largely unremarkable, but nonetheless SD had a quietly successful CES. Standard bearer Panasonic showed off its latest SDXC format cards, complete with much-vaunted 2TB capacity potential, while Memory Stick maker Sony's release of a range of SD cards alongside its own format will have been a rather sweet cherry on the top.

2010 prediction: SD will tighten its grip on the flash storage market, while SDXC will slowly start gaining market share.