Will free laptops boost grades and the economy?

A government minister has said trials of the Home Access Programme have boosted student grades and that educational tech boosts the economy. 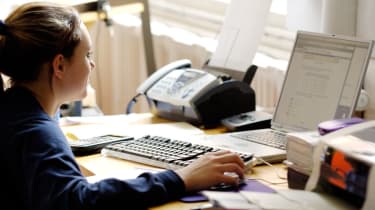 Giving laptops and broadband to students of low income families can help boost grades and the economy too, a government minister has claimed.

Speaking at the BETT educational tech conference today in London, minister of state for schools and learning Vern Coaker defended the government's 300 million Home Access programme, which looks to get a laptop and broadband in the homes of all students.

The programme has been slammed by ISP TalkTalk, which noted the government is paying for broadband connections for low-income families at the same time its trying to introduce a tax on broadband lines.

"We have to remember students only spend 15 per cent of their time at school," he said, later adding: "Denying them that tech at home can have a serious effect on their attainment."

He claimed an "impressive" 12,000-family trial of the Home Access Programme lead to a two grade improvement on GCSEs for participating students, after they increased their study time by an average of an hour per week over students who already had a laptops.

Coaker noted there would be three million more science, math and tech jobs by 2017, saying that students would need high tech tools to be ready for the workforce.

Important for industry, too

"Technology is becoming an industry and one that our economy relies upon," Coaker said, describing companies as "more than just suppliers," but as stakeholders in educational development.

"From a government prospective, the high investment we have made over past decade has been both a success in supporting educational improvement and supporting the industry, as is evident here at BETT."

Coaker claimed that educational exports were on the rise for the UK, with British companies exhibiting at the show contributing 250 million in exports, and employing 25,000 people.