One patch from Microsoft, more from Adobe and Oracle

It's a slow security patching month from Microsoft, but Adobe has issued a fix for a critical, zero-day flaw, while Oracle gets in on the action, too. 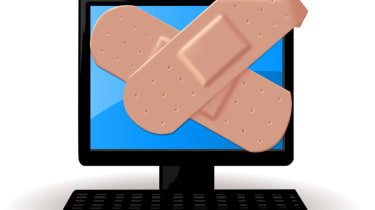 Microsoft has released a single patch this month, but don't forget to check out serious updates from Adobe or Oracle.

In its monthly patching exercise, Microsoft released just one fix, for a "critical" flaw in Embedded OpenType Font. The vulnerability needs a user to visit a malicious web page before it hurts computers, however.

Adobe released patches for critical vulnerabilities, including one for a zero-day flaw in Reader and Acrobat, which was discovered last month. In its security bulletin, the firm said: "These vulnerabilities could cause the application to crash and could potentially allow an attacker to take control of the affected system."

Adobe said the flaw is actively being exploited, but at the time of the discovery decided to keep the fix within its regular patching cycle.

"This has been a relatively quiet month in terms of patch updates from Microsoft," said Ben Greenbaum, senior research manager at Symantec Security Response, in a statement.

"However, we would urge users to pay particular attention to the Adobe update which addresses a serious vulnerability where attempts have been made to steal source code from the some of the world's largest organisations including Google," he added.

Oracle also joined in the fun. It's quarterly patch fixed 25 flaws across seven products, including its database engine.

"The majority of the [Oracle] vulnerabilities are remotely exploitable without authentication and IT admins should be taking a close look at the exposure these products have in their networks," Qualys chief technology officer Wolfgang Kandek said in a statement.

He added: "In general database engines should have no necessity to be connected to open networks, but the application servers are very likely exposed."