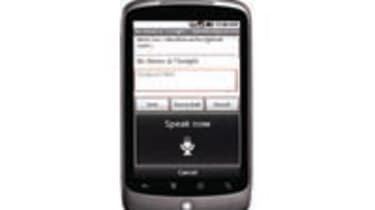 You will almost definitely never see the quoted battery life on these or any other modern-day 3G phones. Expect to have to recharge your battery during the day if you use it a lot, and average users should get a full workday out of either phone. At least you can swap out the battery for a fully charged pack on the Nexus One.

Until now the iPhone 3GS was the yardstick for all other smartphone designs, but the Nexus One does it one better in nearly every way, shape and form. This is not to say that the new Google phone is perfect - far from it. But it is the first device to be able to compete and in many cases surpass the iPhone 3GS at its own game.

Part of Google's secret is the software. The Nexus One runs on Google's latest version of its mobile operating system, which is officially known as Android Mobile Technology Platform 2.1 (Eclair). At the moment this is the only Android phone to run this version of the OS, although there are rumors that the HTC Magic, Motorola Milestone and Samsung Galaxy will be upgradable in the near future.

Android 2.1 allows the Nexus One to look great. "Eye candy" perhaps best-describes 2.1's updated UI. The graphics are crisp and clean, and the almost-3D, colourful moving backgrounds look pretty amazing. Google has also changed the "pull-up" applications menu into a single-on screen button, which then dissolves into a palette of icons.