Slackware is the oldest Linux distribution still with us and has a loyal following among those long term Linux users who pine for the old fashioned virtues of simplicity, straightforwardness and lack of bloat. 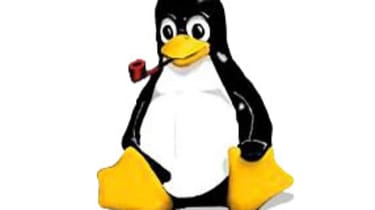 Slackware is the most stripped down and UNIX-like of Linux distributions and is designed to be a workhorse for developers or sysadmins, who do not want "to be met with GUI greeters, setup wizards, beginner-oriented defaults, and enabled-by-default automatic updates."

What you get from Slackware is a clean system that expects more of the user, at the command line and in the configuration process. There are virtues to this approach. As Patrick Volkerding, the guiding light of Slackware, sees it: "I think the more you try to second guess the user, the more you put up barriers. So we like to keep things uncomplicated as much as possible."

Slackware isn't for everyone, and will never win the race for the Linux desktop, where fancy gizmos, music players, office suites and games are at a premium, but works for users who want "a system that makes a good server - where you aren't even required to install X if you don't want it - or a good desktop workstation if you do a full installation with KDE" or Xfce or Fvwm or Windowmaker or Fluxbox.

The masters of Slack

Slackware doesn't have a picturesque, simple-choice, resource-hogging GUI installer, but for all that, many would argue that Slackware is just as easy to install, that the installer has more clarity than most, is more flexible, and that it is easier to customise a Slackware installation for the precise requirements of more advanced users and system administrators.

The Slackware user would claim that other distributions will install superfluous packages and tools that have to be removed after the installation is complete. Slackware, more than most Linux distributions, has a feel that is similar to a commercial Unix, and feels like home to the experienced Unix user, in installation and in practice.

The asset most valued by the Slack user, and most often claimed for Slackware Linux, is system stability. If you install Slackware on a backroom server you expect it to stay there, and be unnoticed.

The stripped-down cleanliness and utilitarian straightforwardness of Slackware Linux may explain why there is still an extensive user base of loyal and trusting Slack users, despite its lack of apparent commercial appeal.

Other distributions may come with a greater range of options but Slackware comes with all the tools that are essential to run a clean system in a production environment, as a server or as a development platform. You don't need the latest and greatest music software to run Apache or Samba. In the world of Slackware less is often more.

Slackware has been around since the early nineties, before the Linux kernel reached its first point release, when Patrick Volkerding, the one and only maintainer of Slackware Linux, cleaned up a version of SLS, (SoftLanding Linux Systems) for his professor at MSU (Michigan State University) to use in teaching LISP.

SLS was a compilation of the latest software available, but wasn't always usable straight out of the box. Slackware went some way to addressing this problem, by ensuring that the packages included in a distribution were not just the latest and greatest, but the best available, and "adding a feature that installed important packages like the shared libraries and the kernel image automatically."

The first release of Volkerding's reworking of SLS was distributed on ftp and announced with a post entitled "Anyone want an SLS-like 0.99pl11A system?", and Slackware rapidly gained a reputation that has stayed with it, for stability and lack of bloat.

The good names were taken

Slackware owed its self-deprecating name to Volkerding's obsessions. The name wasn't chosen to win over the buyers and sellers of hardware systems. Volkerding was a fan of the satirical Church of the Subgenious and a Deadhead, a follower of the Grateful Dead, who had an ethos not unlike the hacker cultures of that gave rise to Linux and free software, allowed and encouraged their fans to record and share tapes of their concerts, and eschewed the trappings of commercial success.

Deadheads formed one of the earliest net communities around the bulletin boards of Stewart Brand's well.com in the 1980s.

John Perry Barlow, one of the Grateful Dead songwriters, went on to found the Electronic Frontier Foundation and wrote an essay called The Economy of Ideas, subtitled "a framework for patents and copyrights in the Digital Age", which could be seen as an early manifesto for the culture of sharing ideas, software and music across the Web, a culture which the nascent Linux and hacker communities were fully plugged into.

Slackware took its name from the mythical J.R. "Bob" Dobbs, the charismatic leader and figurehead of the Church of the Subgenius, whose message to the peoples of America was to "Get Slack".

This was a time when Linux and free software was still the work of mainly young unpaid enthusiasts and volunteers, who were in it, in the phrase of Linus Torvalds, "just for fun". Whatever the serious ambitions of Linux and Slackware, Slackware was also meant to be fun, and so was Volkerding's choice of moniker. Linux developers weren't looking for commercial approval, but the approval of their peers.

"Yeah, okay, I'll admit that it was SubGenius inspired," Volkerding later conceded. "In fact, back in the 2.0 through 3.0 days we used to print a dobbshead on each CD... I've been trying to put an ease-of-use spin on it, but it doesn't quite work. I think I'll just start telling people all the good names were taken to get them off the subject."

The hegemony of Slack

At this time Linux was still the preserve of educated users, and an odd mix of rebellious youth, technofreaks, and frustrated hackers who were attracted by the ideals of free software and the opportunity to disassemble and learn from their computer systems - but was also attracting the attention of academics and sysadmins on the lookout for cheap Unix-like systems that could be run on commodity hardware.

And this is where Slackware came into its own. Slack was the original under-the-radar Linux, downloaded or purchased from Walnut Creek, and put into service by frustrated sysadmins behind the backs of managers - and during the early to mid-nineties was by far the best known and popular version of Linux among computer professionals and nerds, running print and file and web services on countless backroom servers.

The hegemony of Slack lasted well into the late nineties, before it was overtaken by the more commercial distributions of the time, Red Hat and SuSE, and Mandrake Linux - which later metamorphosed into Mandriva - but although Slack has disappeared off the radar of many Linux users, the distribution is still alive and thriving in the server room and on the workstations of many dedicated Slack users.

Volkerding still largely runs Slack as a one man operation. This has its drawbacks and its virtues. Packages are only updated if they require little or no tweaking to raise their performance, and some, such as GNOME, have been dropped, because they require too much configuration.

Other mainstream distributions spend thousands of hours improving and updating packages and features. Necessity ensures that Volkerding works as much as possible from unmodified sources and Slackware customisation is minimal, with the corollary that Slack creates less support issues for upstream package maintainers.

Slack users would argue that simplicity is its own reward. Slackware is minimalist and transparent and works as the user wants it to work, which from a Slack user's point of view, is as it should be.