Will latest version of Windows Mobile appear at MWC?

Microsoft is sure to show off something new at the Mobile World Congress (MWC) in Barcelona next month, but opinion is divided on whether it'll be Windows Mobile 7 or a stop-gap version 6.6. 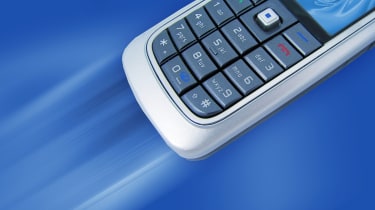 Rumours have been speculating online that Microsoft will unveil a stop-gap Windows Mobile 6.6 instead of showcasing the much-awaited version 7 at next month's Mobile World Congress (MWC) in Barcelona.

With mutterings of doubt about whether WinMo 7 will actually be ready in time and Microsoft remaining ominously quiet on the subject Taiwanese mobile site DigiTimes has suggested that a version codenamed "Maldives" will be shown off at MWC, adding the all-important capacitive touch support to buy Microsoft some time to finish version 7.

Yet news service Bloomberg has thrown a further spanner in the works by claiming WinMo 7 might be ready by MWC after all quoting an analyst said to be "familiar with the matter".

The most likely scenario and the one which incorporates the most of the varied theories is that Microsoft will attempt to stir excitement at MWC with a decent demo of a clearly unfinished Windows Mobile 7 demo, then offer the consolation of a tangible update the mooted "Maldives".

The current version of Windows Mobile, 6.5, was launched in the middle of last year after being shown off at last year's MWC. It was also seen as a stopgap to stem the tide until the full new version 7 was ready for action.

But almost immediately there are widely varying versions of just when we'd be seeing WinMo 7 in the flesh.

Microsoft Office vice president Kurt Delbene was reported in November as claiming that Windows Mobile 7 was scheduled for release in March 2010.

But a month later, Microsoft's UK head of mobility Phil Moore remarked that the new OS had "been put back until late next year but it is definitely coming".

A Microsoft representative told IT PRO that the software giant had nothing official to add, and wasn't prepared to comment on speculation.