Gartner uncovers the size of the mobile app market, and it appears that Apple owns most of of it. 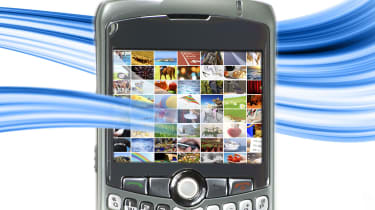 More than 2.5 billion mobile apps were downloaded last year and most were from Apple, according to new stats.

Gartner has revealed that smartphone users downloaded 2.516 billion apps in 2009, worth $428 million in revenue.

ArsTechnica noted that Apple has claimed it pushed 2.5 billion downloads last year, meaning that the iPhone-maker is dominating mobile app sales with a 99.4 per cent share and given it takes a 30 per cent commission, pulling in a fair bit of revenue while it's at it.

Gartner said the mobile apps market will continue to grow this year, predicting 4.5 billion would be downloaded this year, pulling in revenue of $6.2 billion.

Still, the majority of apps will be free, with Gartner expecting that eight out of 10 won't cost anything to download.

Apple's rivals have jumped on the app store bandwagon and offered their own apps, but that will only lead to the market expanding - not necessarily to a decrease in sales for the current market leader, Gartner suggested.

"As smartphones grow in popularity and application stores become the focus for several players in the value chain, more consumers will experiment with application downloads," said Stephanie Baghdassarian, research director at Gartner, in a statement.

She noted most apps are downloaded for fun. "Games remain the No.1 application, and mobile shopping, social networking, utilities and productivity tools continue to grow and attract increasing amounts of money."

Click here for our top 10 mobile productivity applications for your smartphone.