We review Nokia's Booklet 3G to see if it is more than just a netbook. 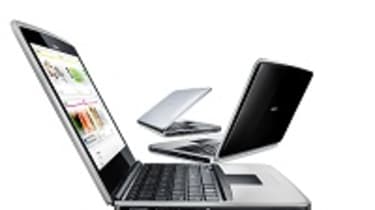 Netbooks were one of the few types of PC whose market grew to any meaningful extent last year. But it still takes a brave manufacturer to enter that crowded market for the first time let alone a manufacturer that is launching its first Windows PC business. Launching a netbook that is twice the price of most competing units only adds to the risk.

But this is exactly what Nokia has done with the Booklet 3G, a stylish but pricy addition to the netbook class of computer. Nokia has not made PCs since the early 1990s, when it sold its Nokia Data division to ICL, and now can hardly be the most promising time to enter the volume computer market.

Nokia, though, has taken steps to make the Booklet 3G stand out from the crowd. Good connectivity, as would be expected from a mobile phone company, and a stylish case made partly from aluminium.

Then there is also the price: the Booklet 3G is available to pre-order from the Nokia store for 552 plus VAT (649 inc VAT). This is lower than the 799 (681 plus VAT) price being quoted by independent resellers such as Expansys who have stocks for immediate delivery, but still considerably more than almost all competing netbooks, and squarely in the price bracket of a lower mid-range business laptop.

Nokia, though, does not call the Booklet 3G a netbook, but insists instead on the term "mini computer". The question for business users is whether the performance, design and features of the Booklet 3G justify the price. In some respects they do, in others, the Booklet is lacking.

The Booklet 3G is not lacking in features and it is pleasing on the eye too. The first feature that stands out, when unboxing the machine, is the smart aluminium casing. The blue cardboard packaging is pretty nice too, and fully recyclable as we've come to expect from Nokia. The computer is light, at 1.25kg, and on first impressions the Booklet looks very much like a slimmed-down 13in MacBook Pro.