Is it too late to save Symbian?

With the Symbian Foundation only just announcing an update to the somewhat antiquated OS, we question why it has been such a failure in the smartphone marketplace up until now. 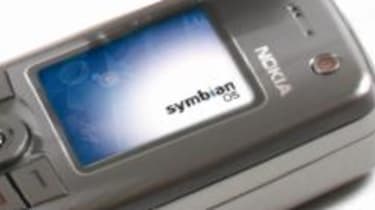 After an age of putting up with the somewhat aged Symbian S60 OS, Nokia has put forward plans for an improved UI for the Symbian platform, due to be called Symbian 4. But is it too late to save this smartphone platform that has been superseded by the iPhone, BlackBerry and even Windows Mobile?

"Symbian has captured users, but is not keeping them," she explained.

So where has this shift come from?

"I would not really say that Windows Mobile is a successful platform today as it is suffering tremendously and we are all eagerly waiting for the next version. As far as Symbian there is not something wrong with the actual OS is the user interface Series 60 that needs revamping and that needs a much richer touch experience," Milanesi said.

And this is exactly what the Symbian Foundation plans to do with the newest UI. Whether it takes on Nokia suggestions is another matter.

From released screenshots, it looks as though the newest Nokia UI will be similar to Nokia's other platform interest Maemo.

There won't just be two separate homescreens as there was on the latest Eseries devices such as the E71, but three screens with fully customisable widgets and shortcuts.

The UI is divided into four separate areas - contacts, music, photos and applications, and according to the Finnish manufacturer, context-based menus provide faster access to common commands.

The newest version of Symbian's UI has been designed to work with a touchscreen rather than a more traditional screen and QWERTY approach as we have seen from some of the most successful Symbian launches in the past.

Symbian has focused on touch in recent months, which is no surprise given touchscreens are leading the way across the board, but even this doesn't seem to have had the take-up manufacturers such as Nokia have expected.

Rob Bamforth, principal analyst at Quocirca doesn't think that Symbian fits with the rest of the market's touchcsreen offerings.

"As many Apple following hardware vendors are finding, it's not simply about having a touch screen, but what do you do with it," he said.

"Tightly integrated, used for everything, fitting with user needs (and expectations/aspirations) is a must. They are becoming an accepted and expected UI, so useful to add, but it has to be more integral."

Although much of the problem with Symbian's downfall can be blamed upon the platform's UI, much can be said about the functionality of the OS and what it allows manufacturers to include hardware-wise.

Bamforth thinks that Symbian is somewhat limited when it comes to packing advanced technologies into smartphones.

"The problem now for Symbian is that it's no longer about a mobile phone with other stuff, but a multi-purpose device that includes a phone the emphasis is IT, not telephony alone."

He explained that although Symbian S60 is a smartphone platform, it slots into the smart-phone-enough' market, but will increasingly struggle in the mobile internet device market.

Milansei believes that Nokia will catch up though.

"Nokia will continue to work on Symbian and improve S60. No developer can ignore a platform that is backed by the leading phone manufacturer," she said. "Its dominance however will decrease and market share will be more levelled."

But Bamforth believes this a whole new start to how the smartphone market will be aligned in future.

We've already seen the demise of Symbian from certain manufacturers only Sony Ericsson and Nokia are still using the platform.

Sony Ericsson uses the platform in its high-end consumer mobiles, packing them with multimedia, rather than business features.

Nokia is much more likely to continue using the platform as a business OS, although it seems Maemo could pose a threat for the highest-end devices.

"As we watch other platforms blossom, and manufacturers adopt them more widely, Symbian's drop off in licensee adoption is a challenge," said Bamforth.

"Manufacturers need an OS that will not only make it easier for them to build devices, but for those who deploy to make the device work in a network environment. When it was mainly about telephony, this was operator appeal, but not it is about more applications so must appeal to a wider eco-system of developers and integrators etc."

Applications - and how successful they are - mean a lot to the success of an operating system. Every smartphone manufacturer has an App Store even if none of them has caught up with Apple yet.

As applications are such a strong trend at the moment, it's surprising to see that Symbian's app presence is missing a centralised store. Sure, Nokia's Ovi goes someway to rectify the imbalance, but hundreds of available applications can hardly compete with hundred of thousands.

One platform ruling them all?

However, this doesn't mean only one platform will conquer all, or even that the main smartphone operating systems will face a serious cut throat future. A number of platforms will co-exist, even if one or two platforms fail.

"I think it's unlikely that mobile devices will collapse down to only one or two dominant platforms in the same way the desktop became Windows with a bit of Mac, but there may only be room for fewer participants in the mobile platform space," said Bamforth.

He added: "Out of Android, Apple, BlackBerry, Windows Mobile, Palm and Symbian there will have to be either closer alignment or reduction in options, as developers will not be able to target them all."

Until Symbian makes the necessary changes to compete with newer user interfaces and platforms such as Windows Mobile (with a customised interface), Android or Mac OS X, there's little hope for the waning OS.

It's only a matter of time until we'll see whether the Symbian 4 UI is strong enough to battle against the competitors. That said, the real results won't be seen until well into 2011, after versions 2 and 3 are introduced this year.