Is it worth paying for LinkedIn?

What benefits do you get when you pay for a social networking service? We sent Simon to hand over his credit card details to LinkedIn... 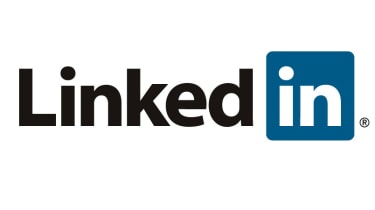 It also has welcome services like the ability to recommend and receive work recommendations, and it has a collection of user interest groups that, if used properly, can garner interesting leads and potential opportunities.

The core LinkedIn service is free, and scrolling down our list of connections, it seemed that nobody had forked out for a premium service. But why? Is there simply no advantage to doing so? We were keen to find out...

LinkedIn offers three levels of subscription, offering some degree of upgrade over the basic account. The most expensive, costing a whopping $499.95 per month, allows you to send 50 messages to people you're not linked to every month, while your searches can pull up 700 profiles at a time.

Furthermore, you can take advantage of an Organise Profiles features, which allows you to create 25 folders with notes - useful if you have hundreds of contacts that you want to categorise into some order. The two other packages, Business ($24.95 per month) and LinkedIn's recommended choice Business Plus ($49.95 per month) offer scaled down versions. So you get three or ten direct messages, 300 or 500 profile results per search, and the Organize Profiles feature allows the creation of five or 25 folders.

We handed over our cash for the Business service - the petty cash tin is only so deep - to see if we could spot any tangible advantage to subscribing to a social networking site. When your subscription is processed, you have the tickbox option to notify your connections that you've paid for an upgrade, but we didn't see much advantage of that.

We've never been on the receiving end of such a message, and can't imagine outside of doing a bit of marketing for LinkedIn why it would interest any of our connections.

We also discovered that we were entitled to 15 introductions, which is a useful way of making contact to a person you otherwise would not necessarily have a link to. It means you can get introduced to one of your contact's contacts.

It's the old argument: the subscription fee could be justified by getting one solid business lead, so the introductions shouldn't be overlooked. That said, we can't imagine introducing' ourselves to someone completely cold - not least as they might decree it as spam of sorts - and would assume that this function works best when you have at least some tenuous link to the person that you're looking to make contact with. But it shouldn't be written off.

One further interesting feature of LinkedIn is that it offers you a flavour of just who has been viewing your profile. Given that its primary purpose is as a business tool, this is clearly of interest, but the Basic account only allows you to see vague descriptions of five of the most recent people who have checked you out. Once you upgrade your account, that list increases, but it's still frustratingly lacking in detail.

Furthermore, given that there's an option within the account toolkit to disable people even being able to see your job description if you click on their profile, it's half of an interesting feature at best. We found, for instance, that American lawyers had been searching our profile, but couldn't find out exactly who they were. That would have been useful.

Then there were frustrations. We had three new classmates at our place of education, but when we clicked on the link to find out more, we were told that LinkedIn couldn't find anyone.

Furthermore, the bigger problem with LinkedIn is that it's allowed itself to be trivialised. Once upon a time, there was a vision that this would be a purely business-centric networking tool, that would allow you to find expertise or workers, and converse from that point on.

With that in mind, why bother allowing people to plug their usually dull and irrelevant Twitter feeds in? It becomes noise that gets in the way of a job that's tough enough at the best of times. We remain unconvinced that LinkedIn is the first port of call to make valuable business contacts, but wading through Twitter feeds doesn't make the experience any more pleasant. It feels more like a competitive move against Facebook, and surely LinkedIn isn't the place for that.

InMails, which you get in the subscription package, to be fair, have a potential use, and go beyond the aforementioned introductions. If there's someone you want to get in touch with, and you don't have their e-mail address nor are they a connection of yours or one of your colleagues, you can still mail them.

Again, whether they respond of course is up in the air, and they may choose to see you as spam. But we can still see a benefit to this, and perhaps that's why InMails are the most closely guarded of LinkedIn's benefits. You have to spend big to get lots of them, and they're the closest thing to justifying the subscription price.

Ultimately, and perhaps the conclusion was inevitable, the vast majority of uses aren't going to benefit from paying for added LinkedIn services. Organising contacts isn't, for us, enough to justify even a small outlay every month, and thus it's the extra contact tools that are the key selling feature.

If you need to contact people you'd otherwise not be in touch with, that's when it's best to hand over your cash. But until that point, the free LinkedIn service, while diluted by decisions such as the aforementioned inclusion of Twitter feeds and such like, is still the better option.