Apple's rivals: The tablet PCs already on the market

As Apple gets ready to unveil its own tablet computer, we look at the competition already out there.

Apple is set to unveil its very own tablet computer later today, but it's not the only company looking to release such devices.

Microsoft and HP teamed up to reveal their Slate at the Consumer Electronics Show, and while that mockup failed to win over many fans, it did show the big players are backing Apple's move into the market.

Of course, tablets didn't just arrive this January. Tablet PCs have been kicking around for years, although most have been industry or business focused. Some are used by industry - the devices are handy in hospitals, for example - while big name manufacturers have been producing combo laptop/tablets with swiveling displays.

However, the CES announcements and Apple's event today suggest the big players are finally taking a crack at the consumer market.

Here's our roundup of some of the competition Apple's tablet already faces, before it even launches.

Asus last year unveiled its take on the tablet. The Eee PC T-91 is an 8.9in touch screen netbook with a screen that swivels for a tablet experience. Such features bump the price up above a standard Eee PC netbook, and also cut into battery life and performance, according to our review of the original version. 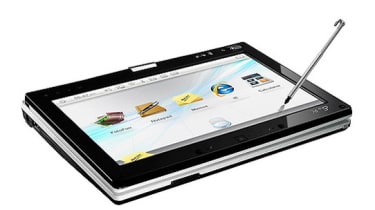 The ThinkPad X200 Tablet is Lenovo's take on the laptop/tablet combination. Rather than a netbook, it's a full-sized, full-spec'd laptop, with the same style swivel screen. One version of the device comes with a 12.1in multitouch screen for $1,719. 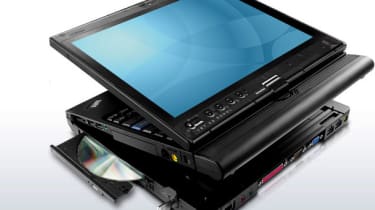 This Dell tablet is the same format of much of these a full-sized, full-spec notebook with a touch screen swivel display. The Latitude XT2 runs a Core 2 Duo ULV processor, features a 12.1in display with multitouch and a full-sized keyboard. It weighs in at 3.62 pounds for the version with a four cell battery.

It's a striking looking device, and PC Pro's reviewer called it "impressively usable," describing it as an "expensive, but highly accomplished Tablet PC." 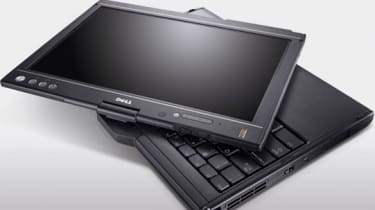