iSCSI back in the storage game, says Forrester

A new report from Forrester has shown both a rise in adoption converged networks and a return to the iSCSI protocol. 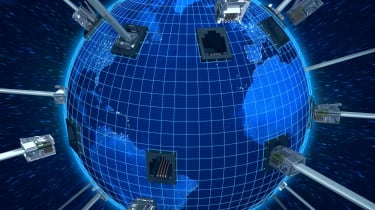 Despite high interest in Fibre Channel over Ethernet (FCoE) in the past few years, a new report has suggested companies are heading back to older iSCSI technology.

The study released by Forrester today, and commissioned by Dell, shows that many companies are keen to take advantage of converged network technologies, but rather than keeping up interest in FCoE, the most popular protocol choice from the respondents was 10GB iSCSI.

"A couple of years ago there was a lot of noise around FCoE," said Praveen Asthana, vice president of storage and networking at Dell, in an interview with IT PRO.

"It sounded like a good idea and a lot of customers got interested in the idea of converged fabric and then the problem is that FCoE ran into some technical issues. It took five years for fibre channel to settle down and be stable so FCoE is going to have the same issues. iSCSI has been around for 10 years and it will take a few years before we can trust FCoE."

Whilst around half of respondents said they were looking into iSCSI technology, only just over a fifth of them were seeking the FCoE option.

Server virtualisation adoption is high and fibre channel is the main connection protocol of choice, however iSCSI is also catching up in this area, according to the report.

"We used to think it was an SMB play but we have seen a lot of adoption in the higher enterprise," continued Asthana.

Click here for our Q&A with Praveen Asthana, Dell's vice president of storage and networking.