Apple’s iPad has set tongues wagging all week – but is this really the start of the long-predicted tablet boom? 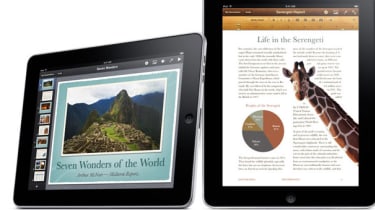 The first concerted effort to turn the tablet PC from something out of the realms of science fiction into the kind of computer that we'd carry around with us came from Microsoft.

Granted, others had had a go at the tablet market before, but it was back in 2001 when Microsoft channelled sizeable resources into making it the kind of product we'd actually want. It was battling with the limitations of technology and web connectivity at the time, but it was, in hindsight, a solid if doomed effort.

To some degree, its thinking was ahead of the game. While it didn't manufacture the hardware itself, it provided an optimised version of its Windows operating system that was tailored for tablet use, and encouraged many tier one manufacturers to invest in the project.

The software featured impressive handwriting recognition and, in some professions, there was enthusiastic take up. But the tablet, at that stage, never crossed over. Microsoft has continued to support and invest in the platform to varying degrees since, but it became clear that it was unable to push this particular project up the proverbial hill.

So can Apple? That's the obvious question in the aftermath of Steve Jobs' formal confirmation of the iPad. To call its announcement a surprise would be akin to keeling over when the next bear headed into the woods looking for the gents.

Rumours of Apple working on a tablet product have circled for some time, and the official announcement was a matter of if rather than when.

That announcement came yesterday in San Francisco, of course, and the product itself was broadly in line with expectations. Positioned in the gap between a smartphone device and a netbook computer, it looks to all intents and purposes like a big iPhone, and has enhanced functionality to match.

Furthermore, it evolves the user interface to a logical place, no longer requiring a stylus to interact with a tablet device. Some are calling it more of a touchscreen laptop, some simply saying it's a more cumbersome version of an existing product. But it's nonetheless being talked about in a way that previous tablet products have never been.

Yet while its specifications are being pored over, the simple question remains: does this mean that tablet computing is about to take off?

What immediately differentiates Apple's attack on the market is that this is a concentrated launch into the consumer marketplace. Previously, the tablet had been positioned as a business tool - and at times a reasonably effective one - and truthfully, the entry level price of an iPad does aim it very much at the enthusiastic early adopter right now.

What Apple will need to do is get retailers on board in the same way that they managed to do with the iPhone, and put together presumably internet packages that can help disguise the overall price of the device to the end customer. That, to be fair, is unlikely to become a problem, and it's been proven as the most effective way to get premium, new technology devices into people's hands quickly.

Granted, some are likely to plump for it anyway at retail cost, but those enchanted by the iPad thus far are unlikely to be enough in number to make it a mainstream success. Its mass market days are some way ahead of it.

But the magic bullet that gives the iPad more chance than any tablet before it is the Apple brand itself. This is a name that alone can make technology enthusiasts sit up and take notice, and in this case, it already has.

This is not primarily for the technical innovations that the company produces, but more down to its ability to stand on the shoulders of others, and mix its tech into some of the most appealing packages on the market.

The strength of Apple's brand, and the perception of it, is the best chance that the tablet form factor has right now. And the fact that the iPad simply looks like an interesting device is enough to give it a head start against its competitors.

And it does have competition. Inevitably, Microsoft is working on a new generation of its own tablet project, the Slate, this time in conjunction with HP. That's the kind of union that has clout that's hard to ignore, and given that it's the consumer too that's being targeted, Microsoft should make a little more a dent this time around.

But then we come to arguably the killer feature of the iPad, and the one that this time around gives it a useful leg up. The growth in e-books over the past year has meant readers have become more popular too.

Amazon's Kindle e-reader is its most successful product, and that too is being enhanced so that it can compete in the tablet marketplace. Steve Jobs' San Francisco presentation inevitably focused on this element of the product very strongly.

It's the cumulative effective of Amazon, Apple and Microsoft, and the three slightly differing approaches that they bring, that's leading many to suspect that this time around, the tablet's time has come. This is no longer one company trying to get the format accepted by the marketplace by itself.

This time, there are more hands pushing, and the market has moved on to a point where, at the very least, there's a lot more interest in the potential that a tablet has to offer. Plus, the technology infrastructure around it, and the market's acceptance of portable devices, are stronger.

Appreciating we're in the novelty stage now, there's still been millions of words written already about the iPad. While around 10 per cent of them appear to be gags surrounding feminine hygiene, that's still a hefty number for a product that - at the time of writing - was announced less than a day ago.

It's already being championed as the market leader - with Amazon, interestingly, poised for second place - but more importantly, it's contributed to an increasing feeling that the tablet is at the stage the netbook was a few years back.

Indeed, Deloitte is now predicting, buoyed by the impact that Apple will have on the market, that tablet sales are set to run into tens of millions worldwide this year. That's a staggering number for a platform that a year ago, few were in the slightest bit interested in.

Is this, therefore, the age of the tablet? It's certainly the best chance the platform will ever have, and with the market keen to support the product as a new margin maker, that prediction of millions being sold may not be far wide of the mark.

More interestingly, of course, will be a year or two down the line, once the dust has settled, when the market will make its ultimate choice as to whether the tablet is the future. Right now? It's certainly in its strongest ever position by some distance.