The Government has launched its ICT Strategy for up to 2020, confirming leaked documents from late last year. 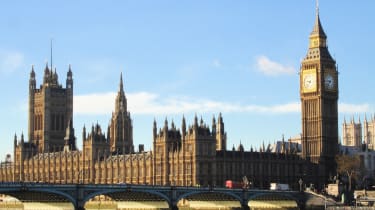 Leaked documents from the Government back in December have proved to be true as predictions of clouds and app stores come to life in its Government ICT Strategy.

Officially launched yesterday, the document outlines plans to make the public sector both more efficient and easier to access for UK citizens, saving an estimated 3.2 billion.

Number one on the list to cut costs is the Government Cloud or G-Cloud enabling different public bodies to share their ICT environment. The report suggests that this would be the biggest contributor to the multi-billion cost reduction.

It also confirmed an applications store to allow public sector workers to access business applications and services from a central pool rather than bespoke apps for each area. This again is set to save the Government over 500 million a year.

The report also outlines plans for a new telecoms network for converged voice and data communications, with predicted cost savings of 500 million a year, a set of common desktops across the public sector and data centre consolidation.

"We have seen a period of significant change over recent months and years. Technology has changed, the economy has changed and ICT in government must also change," said John Suffolk, the Government's chief information officer (CIO), in a statement.

"This strategy sets out a new model for Government ICT which will deliver a secure and resilient ICT infrastructure that will enable faster, better services for the public."

Yet the Conservative party, which leaked the initial document last year, said they thought there was a "better way" such as opening up the debate and allowing people to put forward their ideas for the strategy.

The strategy outlines plans for up to 2020 to be implemented by the public sector itself rather than by central government.