Apple and Adobe point fingers over iPad's lack of Flash

Adobe calls the iPad 'a broken link' for shutting out Flash, Apple responds by calling Adobe 'lazy' for not streamlining its video player. 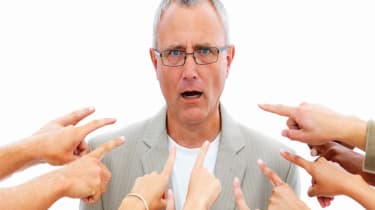 A war of words has erupted between Apple and Adobe about the lack of support for the latter's Flash video platform on the newly launched iPad tablet.

Adrian Ludwig used the Adobe blog to criticise Apple for its lack of Flash support on the iPad, saying there was "something important missing from Apple's approach to connecting consumers to content".

"It looks like Apple is continuing to impose restrictions on their devices that limit both content publishers and consumers," Ludwig wrote. "Unlike many other ebook readers using the ePub file format, consumers will not be able to access ePub content with Apple's DRM technology on devices made by other manufacturers."

"Without Flash support, iPad users will not be able to access the full range of web content, including over 70% of games and 75% of video on the web."

Ludwig's comments appeared to touch a nerve with Apple, with chief executive Steve Jobs reportedly putting the blame for the iPad's lack of Flash support firmly at Adobe's door, and not his own company's.

According to Wired, Jobs told Apple employees at an event after the iPad's official unveiling that Apple didn't officially support Flash "because it is so buggy. Whenever a Mac crashes more often than not it's because of Flash. No one will be using Flash the world is moving to HTML 5".

Jobs labelled Adobe as "lazy" for not addressing this lack of reliability and streamlining Flash's use of system resources.

The remarks may have been off the record, but they clearly found their way back to Adobe.

Ludwig claimed remarks on HTML5 were "a red herring to justify keeping a platform closed by drawing attention to another open technology. As on Android devices, HTML 5 and Flash can both easily be supported on this and future devices."

Dealing with concerns over system resources, Ludwig countered: "It's fast enough for other devices that have similar chips (and even less powerful chips) built on the ARM architecture. The Palm Pre, Google Nexus One, Motorola Droid, and other devices all run beta versions of Flash Player 10.1 beautifully."

Not helping the deteriorating relationship between the two firms is Adobe's close relationship to Open Handset Alliance partner Google, already long since removed from the Apple Christmas card list. Aside from his remarks about Google's motto, Jobs also reportedly told fellow Apple employees at the post-launch event: "We did not enter the search business. They entered the phone business. Make no mistake they want to kill the iPhone. We won't let them."