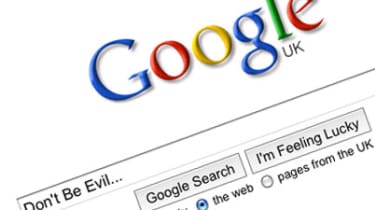 On the one hand, as Privacy International pointed out, Latitude is a handy tool for potential stalkers, prying employers and miscellaneous obsessives, and one that anyone with momentary access to your handset could engage.

Worse, as he UK's Children Charity Coalition for Internet Safety explained, Latitude made it all too easy for children to thoughtlessly reveal their real-time location to any of 2000 friends' on Facebook.

Needless to say, chief executive Eric Schmidt's widely publicised December comment that "if you have something that you don't want anyone to know, maybe you shouldn't be doing it in the first place" hasn't endeared him or Google to those who worry about the company's big brother potential.

Nor has the company's reported legal avoidance of 450 million of taxes helped its case in the UK. In terms of revenue, the UK is Google's largest market outside of the US, but by diverting revenues to a Northern Ireland subsidiary, Google could actually claim a 26 million pre-tax loss.

This year, however, has given us a new, shiny, whiter-than-white Google, with its 12 January announcement of "a new approach to China" widely seen as a turning point.

Not only did Google publically accuse China of a "highly sophisticated and targeted attack on our corporate infrastructure", it also implicitly criticised Chinese policies over surveillance and human rights.

Tough talking Google threatened to review its business operations in China and if it deliver uncensored search results walk out.

The result? The company's best press for some time. "Four cheers forGoogle. Risking the loss of potentially huge long-term profits in the Chinese internet market, it has struck a blow for one of the great causes of our time: global information freedom" wrote columnist Timothy Garton Ash in The Guardian. 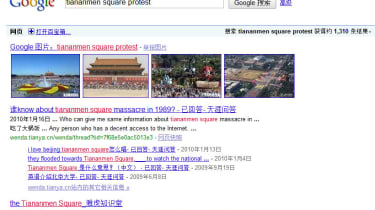 In the US House of Representatives, the speaker, Nancy Palosi, described Google's actions as "an example to businesses and governments."

What's more, Google's gambit gave its competitors the perfect chance to shoot themselves squarely in the foot. Bill Gates described Google's dispute with China as "a complex issue" and argued that "you have got to decide, do you want to obey the laws of the countries you are in or not? If not, you may not end up doing business there."

Ballmer described Google's stance as "irrational" and stated "We have done business in China for more than 20 years and we intend to stay engaged, which means our business must respect the laws of China."