Members of libraries, universities and schools are worried pirating students will put their internet access in danger if the Digital Economy Bill goes through parliament. 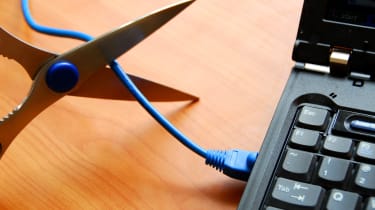 More than 40 representatives from universities, libraries and schools have written to a Labour Lord calling for exemption from a bill that could see their internet connections cut off.

The Digital Economy Bill includes a controversial law that could lead to file sharers being cut off from the internet. The organisations are worried that students may illegally file share, leaving the institution at risk of being cut off or being fined.

In the letter addressed to Lord Puttnam, the representatives from institutions such as the University of London, British Library and the Imperial War museum, said: "Because public institutions often provide internet access to hundreds or thousands of individual users, the complexity of our position in relation to copyright infringements must be taken into consideration."

The letter added: "If this is not done, a public institution such as a library, school or university's internet connection as a whole could be jeopardised, resulting in loss of internet access to large sections of the public, particularly the 15 million citizens without an internet connection at home."

The Open Rights Group is backing their call for a guarantee that they will not become victims of the new legislation - as well as other venues in similar positions - and encouraging more people to protest the bill.

Jim Killock, ORG director, posted on its website: "The situation is exactly parallel for cafs, bars and hotels, as well as community centres: if you are involved in any of these you should make your views known to the front bench teams now."

The bill is going through the motions in the House of Lords at present and still has a way to go before it comes into law.

However, many are opposed to it, including internet service provider TalkTalk, who recently held an event to rally opposition to the proposals.

Andrew Heaney, executive director of the strategy and regulation group at the ISP, told IT PRO at the event: "The way that [the Government] are proposing to tackle [filesharers] just won't work. They propose to identify people who do P2P file sharing but actually the people that do will just find another method, so it is a futile bill."

"By trying to pursue it basically innocent people are going to get hurt," he added.