It’s been a tricky start to the year for Microsoft’s Internet Explorer web browser. But are there any signs of better times round the corner, wonders Simon Brew? 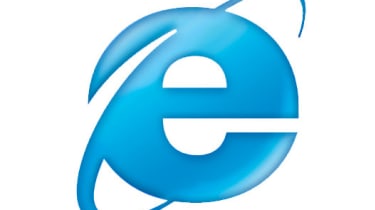 It might not be entirely unprecedented if you were to run a rake over the minutiae of assorted government's statements over the past years, but certainly the pronouncement by the French and German administrations that web users should seek alternatives to Internet Explorer is nonetheless quite groundbreaking.

It's hard to think of any other major product that's faced such high-level intervention in the past, to the point where a national government has explicitly recommended using something else.

But such were the security concerns surrounding Internet Explorer that statements were issued, and users were sent in the direction of alternatives instead.

It's a bold move, certainly, and one that came about as one of the ramifications of Google's decision to stop censoring its content in China.

Google made its decision off the back of attacks on its systems, and Microsoft then subsequently admitted that it was a weakness in Internet Explorer 6 and onwards that had been at fault. In the aftermath of this, first the German government and then the French advised users to seek alternative browsers.

Microsoft predictably came out against the warning, as you might expect after criticism against one of its most popular products. It declared that there wasn't a threat to users, and the risk to consumers was low.

Nonetheless, Microsoft subsequently issued a fix for the vulnerability, which it also admitted it had known about since September of last year - something that hasn't really played in its favour.

The patch was issued outside of the usual cycle of updates - over a fortnight early, in fact - and was clearly spurred on by the comments from the French and German governments.

Interestingly, the British Government chose not to follow suit, while Microsoft in the UK recommended that users still on Internet Explorer 6 should upgrade to Internet Explorer 8 instead. Google, meanwhile, has subsequently announced - and feel free to draw whatever links you wish here - that it will cease supporting Internet Explorer 6 for its Gmail, Google Calendar and Google Docs products. It did this as it continues its publicity offensive for its Chrome web browser product.

Given that Microsoft enjoyed a relatively comfortable back end of 2009, with the successful launch of Windows 7 behind it - and sales tracking substantially ahead of those for Windows Vista - its start to 2010 will come as something of a hammer blow, and it's Internet Explorer that's been on the receiving end.

Furthermore, 2010 promises to be a taxing year anyway for Internet Explorer, with Firefox continuing to eat away at its market share, and Google planning a fresh assault on it too.

What's particularly of concern to Microsoft is surely the strength of the competition too, most of which has been enjoying an upward jump in the same time period. Firefox is the main competitor right now, with 24.4 per cent share, while Apple's Safari has cornered a tidy 4.5 per cent of the market.

But it's Google's Chrome that's coming up fast, having grown its market performance from 1.6 per cent to 5.2 per cent in the same time period. Chrome is very much the infant of the browser market, but its aggressive growth is clearly a major threat to Internet Explorer.

Especially as, later this year, Google will be pushing the Chrome brand harder than ever when it releases Chrome 3 and Chrome OS - with extensions now available for Chrome, too. Already it's investing heavily in billboards, and you get every impression that's just the start of a prolonged offensive.

The problem Microsoft faces is still the same, too: that the only way appears to be down. In spite of its best efforts, it's failed to arrest the long term decline of Internet Explorer, despite adding extra features and pouring resources into the product.

Firefox has proven a strong competitor, able to add in new features, adapt more quickly and show itself to be a more nimble beast. And now Google is leveraging its stronger brand power too.

While Apple's Safari is likely to stay there or thereabouts, the fact remains that Internet Explorer is facing two tough and very different competitors. And the problem is that it doesn't really have the tools to fight it.

As things stand, it's hard to see where the bottom of the market fall is for Internet Explorer, but if things continue as they are, then it may yet see its market share slip perilously close to the 50 per cent mark by the end of the year.

Furthermore, more than any browser out there, it remains the big target for malware. It's in the interest of malware writers to attack what they perceive to be the biggest and most vulnerable target, and right now, Internet Explorer very much fits that bill.

Combined with the way some perceive the Microsoft image, IE remains the first choice for many less scrupulous individuals. It's thus likely that the security concerns that have blighted Internet Explorer this year are far from over yet.

So is it all doom and gloom for Microsoft? No, but it's very tough. It still has over 60 per cent of market share, and in any business, that's a massive number that simply can't be ignored.

It's also got a solid web browser, that's not always deserving of the criticisms that are levelled in its direction. But it also has problems, and ones that are being capitalised on by some savvy competition, who crucially have momentum on their side.

Thus, while it's certain that Microsoft's Internet Explorer will remain the dominant web browser by the end of the year, it would nonetheless be a brave commentator who could say with any certainty that the same status quo will be in place at the end of 2011. And arguably, Microsoft is powerless to do much about it.