With job losses rising and belts being tightened across the country, now is the perfect time to look once again at the benefits of using open source software aside from the reported $60 billion a year savings on offer. 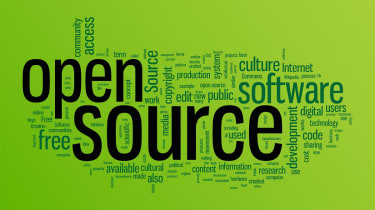 When you're giving up your own free time to work on something you don't want to faff around. You simply want to get to work and those that form the open source community are a prime example of what you can achieve when you're working for love and not money.

When over management is removed from the development process more time is left for what matters. There are no stockholders to placate, no discriminating deadlines set by the corporate office just problems to solve and work to be done.

All too often we see software houses trying in earnest to re-invent the wheel, holding press conferences promising better, faster, prettier and so often failing to deliver. Why? Because they should have spent more time walking the walk, and less time talking the talk.

It stands to reason that something developed by a vast community will evolve faster than something created by a smaller group. In the age that we now live, with vast sums of money changing hands over the information super highway, security is paramount. As such, most of us would most likely rather have three million bright people working on shoring it up than an over-worked developer on a caffeine high.

A prime example is Snort, an open source network intrusion prevention and detection system which happens to be the most widely deployed tool of its kind. There's a reason why reportedly the US Army, Google, Cisco, Shell and many more huge companies choose to run Linux servers.

At a guess, a slow, buggy, insecure wheeze without Twitter the humanity!