Latest TouchWiz interface is shown off on new Wave smartphone at this year’s Mobile World Congress. 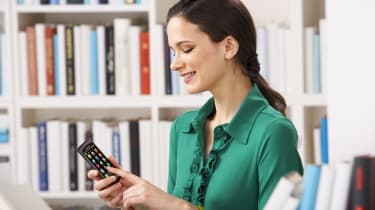 Samsung has taken the wraps of the Wave, its first device based on its new Bada platform.

The new handset, which boasts a 3.3in AMOLED screen, will hit UK shores in April, according to the mobile giant who used an event held before the start of Mobile World Congress (MWC) in Barcelona for the unveiling. 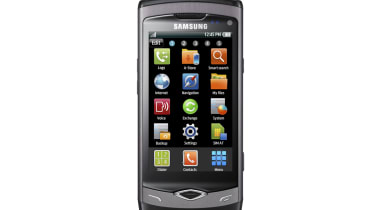 A customisable user interface that makes use of Samsung's TouchWiz 3.0 software, a Social Hub' to make connections such as social networking and calendar events - and contacts easier to access and manage and multi-tasking and multimedia capabilities are all on the menu.

And for those who've had a bad experience with touch screen technology historically, Samsung claims to have the answer. The Wave features anti-smudge technology, meaning "those greasy thumb prints are a thing of the past," according to the mobile giant. 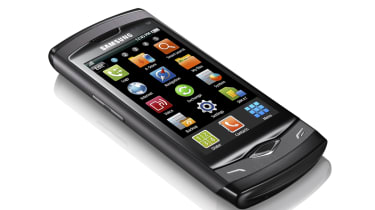 "We're delighted and extremely excited about the launch of Samsung Wave the first handset to run on the Samsung Bada platform and the first to feature a stunning Super AMOLED screen," said Mark Mitchinson, Samsung Mobile's vice president in the UK and Ireland, in a statement.

"The Bada platform enables seamless access to an abundance of quality apps, through a screen that really has to be seen to be believed. The screen is fantastic for displaying 720p HD video decoding and recording capabilities, plus the new Social Hub offers a life changing user experience."

Samsung's Bada-based Wave push doesn't come with just words alone. It'll be backed by a 6 million advertising push that kicks off in May.

Read on for more news from Mobile World Congress 2010.