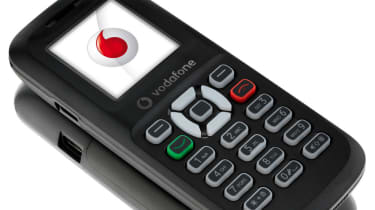 Vodafone has announced a pair of ultra low-cost handsets designed to bring mobile technology to entry-level users in emerging markets for the first time.

The Vodafone 150 and 250 are to retail unsubsidised at "below" $15 and $20 respectively. They will be offered initially in India, Turkey and eight African countries The Democratic Republic of Congo, Ghana, Kenya, Lesotho, Mozambique, Qatar, South Africa and Tanzania.

Both handsets will share basic voice and SMS services, with the 250's extra cost accounted for by its larger colour screen and FM radio.

Both will also feature support for mobile payment services. Vodafone says more than 11 million of its customers now use their mobile phones for money transfers and bill payments, and clearly now feels it is an essential feature on even the most basic of mobile phones. 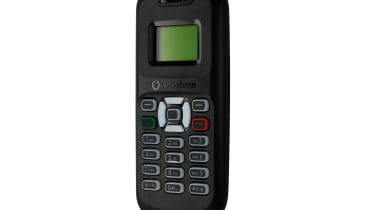 "The cost of mobile handsets can be one of the most significant barriers for people in accessing and benefiting from the growing number of socially valuable mobile services," said Patrick Chomet, Vodafone's group director of terminals.

In designing the two handsets, Vodafone worked with Chinese device manufacturer TCL to deliver a basic level of user experience, safety and quality at an affordable cost. However, it says that is only the start, and plans to support the launch of the phones with an extensive logistics infrastructure designed specifically for areas where mobile penetration has traditionally been low.

In India, for example, Vodafone expects its new devices to be available to an unprecedented 60 per cent of the population.

"The lives of people who use these phones the Vodafone 150 and Vodafone 250 will be changed and improved as they become part of the mobile society. I am proud of the work we have done and will continue to do in this critical area of customer empowerment," Chomet added.

The Vodafone 150 features a 1in monochrome 96x64-pixel display, a mini-USB data connector, polyphonic ringtones, talk time of up to five hours and standby battery life of 400 hours. The 250 adds a 128x128-pixel 1.45in colour screen and an FM radio.

Both handsets also include basic features such as vibration, a torch, alarm clock, calculator, currency converter, SMS storage and phone book memory of up to 100 entries.

Read on for more news from Mobile World Congress 2010.