Not one, not two, but three new handsets have been unveiled by HTC at Mobile World Congress (MWC) in Barcelona. 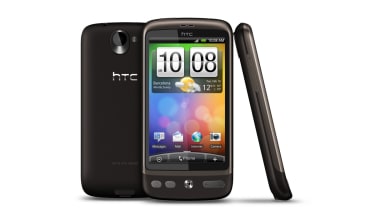 HTC today unveiled what is widely being referred to as the Nexus Two, in the form of the HTC Desire as well as another Android stablemate dubbed the HTC Legend.

Both will feature HTC's Sense interface and run the latest version of the Android operating system. T-Mobile has already confirmed that the Desire will be available on its network from 26 March. Orange followed suit and said the device will be heading its way from April.

A lavish 3.7in AMOLED WVGA display sits centre stage on the Desire and a 1GHz Snapdragon processor lives inside to power things along.

With a 3.2in, AMOLED HVGA screen, the Legend is made out of a single aluminium block. As with the Desire, the trackball has gone and an optical joystick now takes its place.

HTC's Sense UI has also been tweaked and boasts an enhanced browser and email support. It also includes a new Friend Stream widget that brings together different social networking feeds.

Against the backdrop of a gloomy economy, HTC's chief executive Peter Chou admitted that the past year has not been a good one for the mobile phone industry. However, he said HTC had used this period to its advantage to help strengthen its brand.

The new devices blend together sophisticated design and software, rather than just one or the other - something Chou referred to as "beauty with soul."

"At its essence, the mobile phone is the most personal item you have in your possession. HTC Sense was created to magnify your ability to create and define your own unique mobile experience," Chou added in a statement.

"HTC Legend and HTC Desire take Android to another level in both substance with HTC Sense and style with HTC Legend's revolutionary crafted aluminum uni-body design."

HTC also took the wraps of a compact version of its popular HD2 handset in the form of the HD Mini.