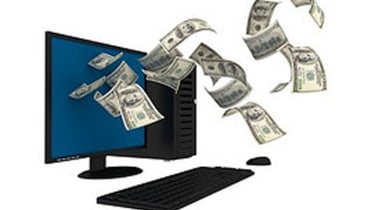 The Department for Work and Pensions (DWP) will implement a thin-client architecture after striking a deal with Fujitsu worth around 300 million.

The 140,000 desktop contract one of the biggest thin client deals the UK has seen - will see the DWP transition to the new architecture, which it requested because of envisaged savings on maintenance and power costs.

Joe Harley, IT director general for the DWP said: "This is the first in a series of competitions to replace our existing IT and telephony services contracts by 2015. It will further transform DWP's desktop estate. This provides a number of benefits, including little or no maintenance required to the kit and reductions in power consumption which supports our sustainability agenda."

Power usage is likely to be lower because processing power and cooling will be centralised in the DWP's data centres. Harley estimates the power savings to be in the tens of millions of pounds over the lifetime of the contract.

Fujitsu's work will be phased in until September this year, when the contract officially starts. Fujitsu beat off two shortlisted suppliers: Capgemini and HP Enterprise Systems the business unit acquired by HP when it acquired EDS in 2008. EMC and Citrix among others will pick up work from the Fujitsu deal.

Fujitsu has entrenched itself deeply in the UK Government, with 40 years of contracts under its belt. However, it has people issues to deal with: it is currently embroiled in a long-running dispute with the Unite union over proposed job cuts.

Despite the DWP's modernisation efforts, it is still dealing with separate suppliers for desktop and telecoms services. Last week, BT scooped a 237 million contract extension from the Department for telephony, LAN and contact centre systems.