We take a look at the business technologies that small and medium-sized businesses (SMBs) can use in 2010 to reduce costs, improve efficiency and encourage growth. 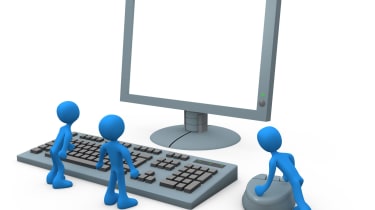 Video conferencing services such as Skype, particularly its upgraded 4.1 version, have made video conferencing a viable - and sometimes even preferable - alternative to travelling to another country to meet a client.

There are no delays with a video conference, nor are there any of the associated costs of travelling, and once the meeting is over employees are free to begin another task, which over time, will inevitably lead to significant improvements in productivity.

"Skype is a great tool for businesses especially smaller businesses who thrive on productivity while at the same time keeping an eye on the bottom line. Being able to see your customer on video for free when you are talking to them is a massive benefit and made even better because Skype is so simple to use," said Stefan Oberg, vice president and general manager at Skype, in a statement.

Having employees work from home, or using contractors, is fast becoming a trend within the UK economy following the affects of the recession. As such, businesses have had to change and adapt to new market conditions.

That said, employees will always need access to their companies business platform where documents, files and important data is stored. This is where VPN comes into the equation.

Gartner defines VPNs as a secure and private connection for individuals to reach company gateways via the internet using the SSL protocol from a workstation, such as a desktop, laptop or a smaller, end-user computing device, such as a PDA or smartphone.

Depending on the size of a business, there can be anywhere from 10 to 800 physical servers operating within a business platform.

Large collections or groups of servers - across the UK - are known as environments' and typically, before virtualisation, these environments' collectively only used about five to 10 per cent of their capacity.

Virtualisation creates a virtual server that allows businesses to reduce to the number of physical servers they use drastically by consolidating them down into virtual ones. So if an SMB used 20 servers, they could potentially consolidate that number down to three or four with virtualisation software.

Dan Chu, senior director of products at VMware claimed in a recent webcast that virtualisation can reduce the number of servers, in some cases, from 800 to 60.

Software as a service (SaaS)

Since its arrival on the scene SaaS has gone on to become an extremely popular choice for businesses of all sizes. So much so that some industry experts have reported that the SaaS economy could be worth upwards of $12 billion by 2012.

One of the key benefits of SaaS for SMBs is that software as a solution is done on the cloud with no need for capital investment. Instead, SaaS is made available on a licence-basis, which means SMBs don't have to invest thousands of pounds on a single business application.

In addition to this, SaaS is web-based and multi-tenancy, so a single business application can be used by potentially hundreds of employees.