How many CCTV cameras are out there?

There is split opinion on the use of CCTV across the UK, but it seems those in charge have no idea exactly how many cameras are actually in use. 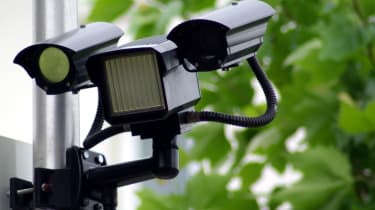 While the debate on the effectiveness of CCTV rages on, it is still unclear how many cameras are actually being used in the UK.

Francis Aldhouse, ex-deputy Information Commissioner, claimed during a Westminster eForum held today in central London that there was one camera for every 14 people across the isles, with somewhere between one to four million cameras overall.

However, deputy chief constable Nick Gargan with the National Policing Improvement Agency believed these figures were entirely overblown and gave much smaller figures.

Gragan blamed what the exaggeration of the number of CCTV cameras on inadequate research as well as press coverage.

"The concept of the surveillance society... is actually being played out as quite an alarming narrative within our communities and with that I suspect it is an absolute gift to the media," he added.

"The role of [police] is to put into context the more alarming things that are said."

While the opposing speakers argued about numbers, Isabella Sankey, director of policy at Liberty, said it was the way CCTV was used which "raised concerns."

"We don't oppose use of CCTV," she said, "but there needs to be more public debate [on] decisions of where to put CCTV. It [should be] about where local communities want them to be put rather than the huge explosion and roll out we have seen in the past 10 years."

Sankey also raised the point of a lack of regulation, as there is no official legislation so far that directly determines the correct use of CCTV.