Mobile World Congress descended on Barcelona, Outlook 2010 gets priced, and more from this week in IT. 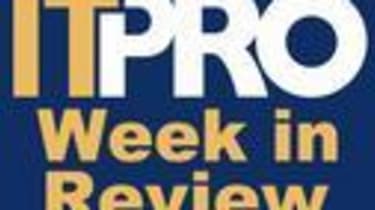 All phones, all the time

Mobile World Congress hit Barcelona this week, bringing with it a tsunami of mobile news - click here for our roundup of the week.

Loads of hot new handsets were released, including the Samsung Wave, Sony Ericsson Vivaz Pro and a trio from HTC. And don't miss our videos of the [a href="https://www.itpro.co.uk/620509/mwc-2010-toshiba-tg02-hands-on-video" target="_blank" ]Toshiba TG02 and the Sony Ericsson X10 Mini Pro.

Microsoft also unveiled its Windows Phone 7 series, Intel and Nokia teamed up for MeeGo, and a host of mobile leaders joined forces to take on Apple's App Store.

Shell admitted this week its data security was breached, with activists being sent a copy of the massive oil firm's employee list.

The breach may have been an insider job, with the list sent out with instructions on how to use it to contact employees to get them to improve the way the company operates.

Microsoft unveiled the pricing for Office 2010, and it should come as no surprise that the UK is again paying more than the US.

Outlook 2010 will also be very social, with LinkedIn, Facebook and MySpace integrated into the email client.

It was a busy week for Google, with its ebooks hearing kicking off, a massive $2 million donation to Wikipedia's parent company, and a formal complaint about Buzz - while the EU approved the search deal between Microsoft and Yahoo.

A new botnet has been discovered, which has already hit 75,000 computers.

Adobe patched a few flaws, banks defended the chip and PIN system, and Apple was accused of some pretty nasty tricks to keep suppliers quiet.