Google’s fight for its book deal

As Google battles in the Southern District Court for the go-ahead to create its planned massive digital library, Simon Brew tries to get to the bottom of what the fuss is about… 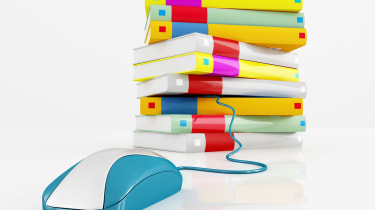 On (virtual) paper, it was one of Google's more ambitious plans. Could it create an online library, and basically digitise millions of books, to make them available across the internet? Could it make them all searchable from a humble PC? Could it make the biggest library of any kind in the world?

In principle, just the technical challenge of that is staggering, although to a company of the scale of Google, at least you figured it might be potentially feasible.

As such, were it just down to whether it was possible, then the answer is probably yes, with a lot of resources and a lot of time invested into it. However, since it announced its plans over five years ago, it's hit far trickier challenges.

Because - not surprisingly - not everyone was delighted with Google's plan, and it soon hit legal problems.

The original complaint against the Google idea was raised in 2004 by the Authors Guild Of America and the Association of American Publishers. These two organisations opted to take legal action against Google on the basis of copyright infringement.

They argued that Google was basically profiting from authors' and publishers' work, without permission, involvement or recompense to those who did the work in the first place.

Google went into negotiations on the matter, resulting in a deal being brokered in 2005 that potentially covered up to 25 million books. That deal committed Google to create a Book Rights Registry, that would allow authors and publishers to register and claim money for their work.

Google agreed to set aside $125 million for the Registry idea, which would mean that revenues from advertising, sales and subscriptions could be claimed by rights holders.

And it's that very agreement that, nearly five years later, has ended up in court, for the agreement that Google reached required ratification from the American legal system.

But finding a date for that has proven tricky given how many voices wanted to be heard, and after many delays, October 2009 was pencilled into the diary. Further complaints over what's proven to be this contentious plan led to the court date moving back to February 2010, and at the time of writing, the issue is finally before Judge Denny Chin of the Southern District Court.

The issues before him are numerous and complex. Firstly, just wrapping his head around how the Registry system will work is a difficult matter in itself, not least because 26 interested parties will be giving their testimonies as part of the proceedings.

But there's also the points raised by the Open Book Alliance (OBA), which sum up the arguments felt by many across the globe. Namely this: that the creation of Google's online library would give the firm a massive monopoly in online book sales.

In the words of the Alliance: "The OBA believes that Google has achieved a de facto exclusive license that will provide the company with an enormous advantage over its search competitors that was not achieved through the operation of normal market forces, but through Google's disregard for copyright holders' rights and the attempt to manipulate the class action process An approved Google Books Settlement would essentially reward Google for flouting US copyright laws for more than three years, while those who respected the law would be severely punished."

Google, as you might expect, doesn't see things like this, and in its filing to the Southern District Court, it states that: "Approval of the settlement will open the virtual doors to the greatest library in history. To deny the settlement will keep those library doors locked."

And certainly the end game idea is an intriguing one: millions and millions of books available in an instant, ready to be devoured. Especially for those that would otherwise be out of print and all-but-unavailable, it sounds a tasty prospect.

Yet Google's idealistic approach aside, there's an added problem that the firm faces that wasn't quite so pronounced when it originally embarked on this project: perception.

Back when negotiations began over the Registry in 2004, Google had steered clear of regulatory attention. But such has its power grown in the time-frame since, that its actions are now firmly under the microscope.

The first clear indication of this was when the US government indicated it would nix a potential online ad tie-up with Yahoo, the mere threat of which sent Google scuttling away from the table. And there are increasing fears over the sheer level of power that Google wields over the internet.

Further objections surround the fact that if you want to take advantage of the more advanced features of the Google library, then you're going to need to be logged into your Google account, you'd have to assume.

Thus, any books that you bookmark, any titles that you've searched and any tomes you've bought will be known to Google. If you went into your local Waterstone's and started flicking through Harry Potter, nobody is ever likely to know. But your every move is likely to be tracked by Google, and potentially used to target advertising against - given that that's the prime Google business model.

The overall objective of Google's plan is certainly an admirable one. Yet in attempt to bring together millions and millions of books, and to scan and upload them, it's inevitably hitting major copyright and privacy concerns.

It doesn't help that it's the kind of project whose sheer scope is likely to deter any potential rival, and as such if Google does get the nod, its hold over this particular market no matter what agreement it broaches is going to be substantive.

Unsurprisingly, such a major plan comes with major opposition, and among those dissenting are Amazon and the US Department Of Justice. Google is taking on some weighty opponents here, and in the case of the latter, a foe with bite and a potentially long memory.

It all adds up to make the case too hard to call. A massive digital library of books is an inevitability, and while the complaints and legal problems have been worked on, Google has been building up its own library to put it in pole position.

But it's got no guarantee of success here, and what shape that aforementioned library will take is set to be determined by what could prove to be a landmark ruling. One that, no doubt, will be appealed for some time to come...