The past, present and future of the Digital Economy Bill

We take an in-depth look at how the Digital Economy Bill has progressed so far and where it can go from here. 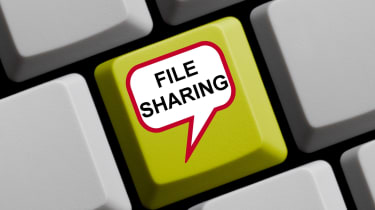 Government legislation may not always lend itself to becoming a hot topic in the technology world but the Digital Economy Bill seems to have taken the industry by storm and whirled up quite a debate.

The bill deals with a number of issues facing an increasingly digital society such as Britain.

These range from proposals of a broadband tax on all to provide everyone with 2Mbps internet connections in the UK, through to tackling illegal filesharers with the threat of suspending theirs.

Along with the switchover to digital radio, giving Ofcom more powers and changing the way Channel Four is run, the bill is likely to affect all of us in some way.

We take a look at the history of the bill, where it has got to now and what lies ahead for this increasingly controversial parliamentary debate.

How the story began...

Back in June last year, the Government unveiled its final draft of the Digital Britain report, the basis of the bill.

The report set out future plans for the UK's digital industries, from ensuring the country had the necessary physical infrastructure for superfast broadband to outlining the move to digital radio by 2015.

After the report was released, a lot of the focus fell on the plan to boost internet speeds. However, slowly but surely, a bill was created to address a number of the issues raised and it didn't take long for the controversy to start.

After the bill was included in the Queen's speech opening Parliament, the serious debates began as some of the less popular points looked to go from digital possibility to digital reality.

The hottest aspect of the bill was illegal filesharing. Lord Mandelson, the sponsor of the bill, initially sought for illegal filesharers to be cut off from the internet by ISPs to protect the rights of those who held copyright of the creative material such as films, software or music.

Initially there was some support, with Lord Puttnam getting straight behind the Government claiming the bill was the right move in addressing illegal filesharers. However, in his case it wasn't much of a surprise as he is a film producer and holds copyrights of his own.