Google has defended its quest to get more information into the hands of people, as well as controversial services like Street View. 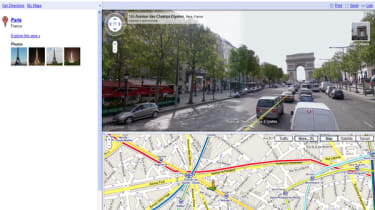 Google has made a passionate - and at times irreverent response - to criticism of its growing portfolio of web services, saying they may make the world a better place.

Noting that 780 million people have used Street View in countries like the UK, US and more around the world, he said the 82 million Germans would probably be okay.

"You're probably pretty safe trying it now," he said.

Of those 780 million people, Jones said there's been just 50 complaints. "Not that those people don't count," he said, but such low numbers suggest "it isn't necessarily a bad choice for society."

He said Germany was likely to get Street View soon, despite the criticism. "I hope that privacy laws are respected and given very serious consideration, but I hope we find a way to include Germany," he said.

Responding to criticism of its dominance in the search field, Jones stressed that Google holding information doesn't mean it owns it.

"We index things, we don't take them... we index the web page, we didn't take it away, it's still there. It's not like we took the information away," he noted, saying others can still access it.

"It's not like we have a hoard of secret information."

He said his firm realises it can't abuse the data it does collect, as people will stop using Google services if that happens. "I think Google is a valuable opportunity to people of the future, I'm committed to making it so good that nothing will stop us from serving people in the future," he said.

He urged the world to be brave enough to try new technology in the hope it makes the world a better place.

"The opportunity in technology is important... the future is bright and bountiful in ways that you don't know. No matter how smart you are, you don't know which of the paths is the good path," he said.

"A failure is a part of success. Being brave enough to try new things is part of getting better things," he added.

"We have the strongest belief that people are good and rational," he said, adding that putting more information in their hands could only be a good thing.

Not that big, honest

Noting media feedback has often been negative, he said: "Google does things and people write about us, but we're just a few thousand engineers trying very hard to put as much information in the hands of people as possible."

To a few laughs in the audience, he later stressed that Google wasn't that big: "We're just a little company trying to do good... we're not an army."