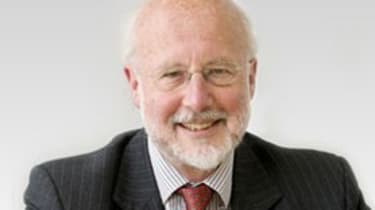 I've met Justice and... Liberty and I've met Damien Green who isn't part of the Government, he's opposition front bench spokesman. I think they would be the main external, non-governmental groups I've met with.

We spoke to NO2ID, and this was their response: The Commissioner's role is to arbitrate on complaints brought by those using the scheme, ie. citizens who have in some way been inconvenienced, had their time wasted, opportunities lost, been wrongly defamed by incorrect information held on the register, or any of the many other ways the scheme might become a bureaucratic hurdle to a straightforward life.

He is, therefore, of no particular interest to NO2ID which is working hard not to make the scheme work better through resolving complains, but to stop it ever coming about at all.

What did you talk about with them? Where they just completely against ID cards?

I was talking with them about what they wanted to talk to me about, first and foremost. I wasn't there to set the agenda. I wanted to know what their concerns are and although there does appear to be a very big difference between being out and out opposed to ID cards on one hand and being concerned with making them work as well as possible on the other, there is a link between the two.

Because I have to think about what it is I should pay attention to, I don't want a rather fuzzy sort of approach to everything, I want to focus to the issues that really matter.

Bearing in mind, they might not be representative, of course, but they certainly are people who have thought about it more than most people who have been noisy about. Therefore one wants to hear for oneself what they have to say because it helps to decide what your priorities should be when you scrutinise the whole scheme.

I would encourage anybody who's against the ID cards to give a bit of attention to expressing views on how the scheme is operating, because it is operating.

It deserves to be scrutinised not just by me but by people completely outside the system altogether.

Of course, at the moment, they're all hoping the election will see an end to all this, so that pious message from me is not likely to make very much difference.

But if it became clear to everyone's astonishment that a Conservative government were not going to abolish ID cards, or if the Labour party won the election and we had another parliament of developing ID cards possibly to the point where they couldn't in practice be abolished by anybody then external critics who concentrated only on the abolition of ID cards would be rather wasting their time.

It would be much more fruitfully employed to ensure the cards were run in a way that was [least] damaging as could possibly be managed.

And there are options, choices available, as to how things should be done. It's more detail work, so it's harder to develop rhetoric around it. But it doesn't make it less worthwhile.