Cities of the future need more than just historical data to make the right decisions, according to a panel of experts at CeBIT. 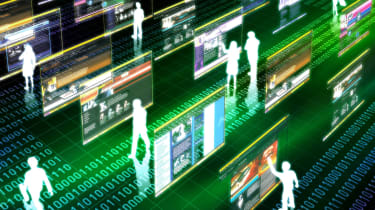 Cities need real-time data to cut traffic and improve their sustainability, according to a panel of experts speaking this week at CeBIT in Hanover.

At the moment, most cities plan traffic, social and other initiatives based on data from previous years, but this is increasingly not good enough, according to Siemen's head of public sector Dr Gisela Fuchs.

"Today a lot of this data is still historical, it needs to become real-time," she told attendees at an SAP panel. "You need to get into the energy cycle, the traffic side, as it this data is produced."

One good example of this real-time data collection and analysis is smart grids, which balance the production and consumption of energy to let people and utilities make better decisions.

For example, Siemens showed a video which showed a washing machine that advised the user to hold off on running the laundry until the evening, when demand for energy was lower and therefore cost less.

"This kind of balance needs to be supported by it," she said.

Another example was traffic flow. "It's important that cities have the ability to control the traffic flow, to redirect traffic flow away from the city to reduce congestion and pollution," Fuchs said. "These kind of connectivities need IT."

She admitted that IT does indeed create pollution like carbon emissions, but said the benefits outweigh such downsides. "When we reduce IT CO2 emissions, it's a small amount. But what's important is that...IT is enabling reductions in the rest. It's not green it, it's IT for green."

Will real-time be too expensive?

However, investing in real-time data systems and indeed, SAP's soon-to-be released Sustainable City software will be a challenge to find budget for in the current economic woes.

SAP senior vice president Mike de la Cruz said the return on investment would be worth the initial outlay.

He advised the attendees to consider the "cost of not doing anything", noting that congestion in the US costs the US $80 billion in lost productivity a year.

Konrad Otto-Zimmerman, secretary-general of ICLEI, said the value of such systems would need to be evident to the people living in the community, and not just mayors, however. "The value [must be] seen by both the political leadership and secondly for the citizens themselves," he said. "Any IT solution would have to address this."

Because of this, he advised city managers to avoid starting with a "very complex, sophisticaed solution", but to look for modular systems, that let them ease into it more easily and show their progress.