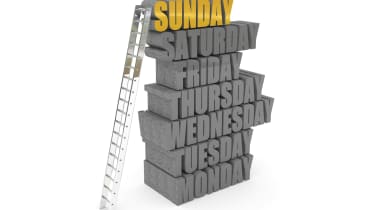 Google's flagship smartphone, the Nexus One, has been responsible for rather a lot of column inches since its US launch back in January. Reviews have been plentiful and by now we're all rather au fait with what the powerful little device purports to offer.

But what does the device offer when it's taken out of the review environment? How does it perform in the real world? We set about answering these questions.

At first glance we were struck by the svelte design of the Nexus One. It's reassuringly heavy and well built. Within minutes we had almost dropped the blighter though. The smooth, modern design was kryptonite to our clumsy grasp but after a moment or two of adjustment we felt confident enough to move away from a padded surface.

The key placement on the device is familiar and we had no major problems using the phone straight out of the box. (After a charge, naturally). The slim form factor certainly put us on our guard though - some users have apparently reported screen shattering so we vowed then and there not to risk the expensive super Android in a hip or back pocket. With that in mind, it does feel comfortable in the (inside) pocket and we found it didn't ruin the line of a well-cut suit like some bulkier, heavier or less smooth-edged devices can so easily do.

As has been mentioned at great length, the Nexus One runs the latest version of the Android OS 2.1 which includes plenty of tweaks and improvements over its predecessors.