Bluetooth 4.0 devices to appear by end of year

The Bluetooth SIG says the forthcoming standard's lower power demands will bring Bluetooth to a whole new range of devices. 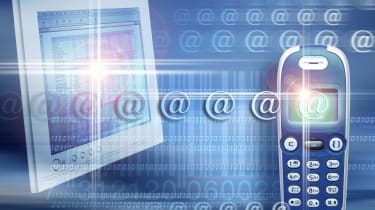 The Bluetooth Special Interest Group (SIG) has said it expects devices capable of supporting Bluetooth 4.0 to start appearing before the end of the year.

The latest Bluetooth specification is designed specifically for low-power devices, such as those operating off coin-cell batteries. Like the most recent active standard, Bluetooth 3.0+HS, it supports high-speed Bluetooth-to-Wi-Fi data transfer.

Thanks to its low-power demands, the Bluetooth SIG expects 4.0 to find its way into a far wider range of devices than the current standard, including the likes of watches and pedometers, on top of the more traditional mobile phones and PCs.

The lower-energy specification relates only to small bursts of data transmitted over short distances, however. More typical applications, such as transferring data from smartphones to a PC or listening to music through wireless headphones, will use the same high-speed data transfer abilities as seen in Bluetooth 3.0.

As a result, Bluetooth SIG said users are only likely to notice a nominal improvement to battery life.

"These protocols are designed to be very efficient because they are delivering small bits of data," Golvin told PC World, adding that current technologies expended far too much energy to transmit data over short distances. "They'd be like pulling out a cannon to kill a mouse," Golvin said.

Despite being certified nearly a year ago, the first Bluetooth 3.0+HS devices have yet to appear on the market.