Google: Desktop PC will die off in three years

The rise of smartphones and the cloud will render traditional desk-based computers all but obsolete within three years, claims Google Europe boss. 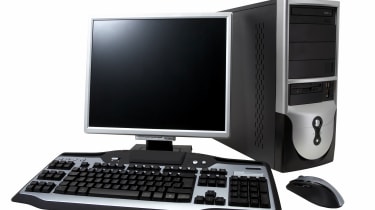 A senior Google executive believes the rise of smartphones will see the desktop PC all but obsolete within three years.

Google Europe boss John Herlihy told delegates at the Digital Landscapes conference at University College Dublin that the move towards the cloud would see mobile devices capable of increasingly rapid and complex applications.

He cited Japan as an example, claiming the majority of research there is now done on smartphones, not PCs. And with that trend likely to emerge in western markets too, Google is shifting its focus increasingly to the mobile space.

"Mobile makes the world's information universally accessible," Herlihy told delegates, according to Silicon Republic. "Because there's information and because it will be hard to sift through it all, that's why search will become more and more important. This will create new opportunities for new entrepreneurs to create new business models ubiquity first, revenue later."

Herlihy's comments largely echo those made by Google chief executive Eric Schmidt at Mobile World Congress last month, where he announced that the company was shifting to a "mobile first" strategy, having already built strong foundations through its Android mobile operating system and key role in the Open Handset Alliance.

"Culturally it is time to figure out a way to say yes to the emergent new services and ideas that will not come from Google but from those literally millions of companies and programming shops that will be built on this new platform," Schmidt said.

According to Herlihy, part of Google's success was down to its willingness to try out new ideas, embracing those that worked and discarding those that didn't with "relentless brutality and execution".

"Here's an analogy the Roman legions used to send out scouts in different directions," Herlihy said. "If a scout didn't return, the army didn't head in that direction. We seek feedback at every opportunity on something we either kill it, adjust it or redeploy resources.

"When we build something we strive for ubiquity in usage and adoption. That helps us understand how customers react and then we build a revenue model."

He also revealed that fear of "the next Google" was one of the primary forces behind its seemingly relentless expansion.

"The fear is the next Sergey and Larry will come up with a disruptive technology or service that will eliminate the need for Google," Herlihy said, referring to Google founders Sergey Brin and Larry Page. "That spurs us on to deliver the best quality return on investment to advertisers in an open and transparent partnership that works for them."