Microsoft's all-new mobile OS will be a clean break, but WinMo 6.5 will still be actively supported for a long time to come, a Microsoft employee has blogged. 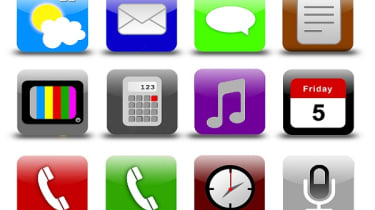 Having already revealed there would be no upgrade path to the new OS for Windows Mobile 6.5 users, Microsoft's Charlie Kindel partner group programme manager for the Windows Phone application platform and developer experience to use his full title revealed in a blog post that "previous Windows mobile applications will not run on Windows Phone 7 Series".

Building on comments that Windows Phone 7 was "a clean break" and was new "from the ground up", Kindel remarked that Microsoft's aim was "to change how phone apps were written". He didn't rule out app developers being able to modify existing apps for the new platform, but said there was no guarantee this would be easy or even possible to do. "In some cases, some work can be done to get those apps to run, but it's fundamentally a different platform," he wrote.

To offset the complete severing of the new platform from Windows Mobile, Kindel reiterated Microsoft's commitment to provide full support for Windows Mobile 6.5 for the foreseeable future: "to be clear, we will continue to work with our partners to deliver new devices based on Windows Mobile 6.5 and will support those products for many years to come, so it's not as though one line ends as soon as the other begins," he said.

Kindel added that as a sign of its commitment to supporting 6.5 well into the future, it was working with hardware partners to release new products on the platform in the months to come.

The lack of an upgrade path puts paid to widely circulated rumours that HTC was working on an OS update for the Windows Mobile-powered HD2 smartphone.

In case there was any doubt, Microsoft's Shawn Hargraves spelled it out in detail via Twitter: "we have no current plans to support updating the HD2 to Windows Phone 7 Series," he tweeted.