Digital Economy Bill to cost ISPs up to £500 million

Internet service providers are set to front up to £500 million of the bill to put in place Government plans hoping to cut copyright infringement. 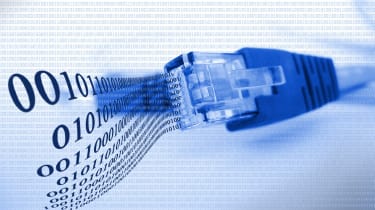 Government plans to cut down on copyright infringement are set to cost internet service providers (ISPs) up to 500 million, according to an assessment by the department championing the Digital Economy bill.

The Department for Business, Innovation and Skills (BIS) showed in its initial impact assessment back in November that measures to stop users downloading pirated material including notifying infringers and setting up call centre would cost ISPs in between 250 million and 500 million but measured this against the potential 1,700 million advantage for rights holders.

This week the impact assessment was updated and presented to parliament, in what many see as an attempt to rush the bill through before the next general election expected on 6 May.

The minister for Digital Britain, Stephen Timms, claimed in January that the funding should be a 75/25 split with rights holders covering the majority and ISPs taking the minority.

The report didn't go didn't go into figures but merely "[conferred] a power on the Secretary of State" to set out the balance of funding between the two sides.

The main concern for consumers is that any extra costs to ISPs will be passed onto them through higher broadband costs or line rentals.

BIS defended the costs by saying the majority will still fall on the rights holders as Timms suggested.

"Many of the figures in the impact assessment for the Digital Economy Bill are expressed in ranges, and we expect the bulk of the costs to be borne by the right holders - like record, film and TV companies - and some by the ISPs," a BIS spokesperson told IT PRO.

"Since the impact assessment was published we have made our views clearer on how the costs of our proposals are shared with the biggest proportion being born by copyright owners the draft Statutory Instruments suggested 75 per cent and internet service providers bearing the rest. This should mean that less of the costs are passed to the public."

However, not everybody thinks the ISPs should be paying.

Andrew Heaney, executive director of strategy and regulation for TalkTalk and outspoken critic of the bill, claimed the issue was "a complicated beast."

"It is unclear what the total cost will be," he told IT PRO, "[It] depends on how many letters, how sent, what sort of databases we need to put in place, what other 'technical measures' might be introduced, to what degree etc."

"[But the] Government (BIS) estimated at 35 million up front plus 30-50 million per year for just letter writing. This is probably in right ball park."

"We will keep on fighting that 25 per cent is 25 per cent too much and ISPs (and in fact ISP customers) should not pay a penny for helping out rights holders to protect their rights."

The bill, which was given the thumbs up by the House of Lords this week, is continuing to create controversy.

A campaign has been launched by 38 Degrees, supported by the Open Rights Group, to help people write to their MPs and put a stop to the bill getting passed in the House of Commons.

"The draconian law is opposed by industry experts, internet service providers (like TalkTalk and BT), web giants including Google, Yahoo and Ebay and even the British Library," said the website.

"Despite all this opposition, the Government is trying to rush it through quietly just before the election without proper debate without a chance for us to voice our opposition."

A date has yet to be set for the second reading of the bill with debate in the House of Commons.