Palm's chief executive believes the Pre would have sold better if it had arrived before the Motorola Droid. 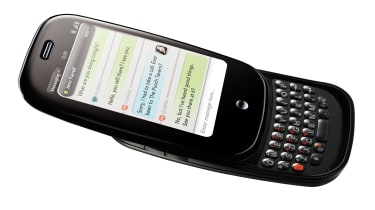 Palm has said it is "deeply disappointed" with its third quarter results, despite losses narrowing significantly.

The smartphone maker recorded a net loss of $22 million in the third quarter, which looks positively festive compared to the $98 million it lost in the same period last year.

Revenues of $349.9 million were also above the company's estimates of between $300 million and $320 million.

However, while Palm shipped 960,000 smartphones to partners in the third quarter, only 408,000 of those were sold to customers, leaving stockpiles of Pre and Pixi handsets in warehouses.

As a result, the company predicted that fourth quarter earnings are likely to level out at around $150 million - less than half of what had been expected by Wall Street.

"Our recent underperformance has been extremely disappointing to me personally," said Jon Rubinstein, Palm's chief executive.

Read on for our review of the Palm Pre.