Plans to deliver high-speed broadband to every home in the UK are expected to form part of Wednesday's budget speech. 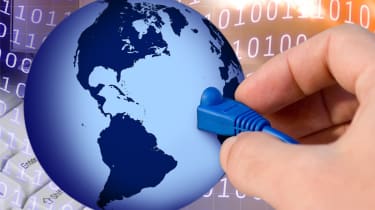 Prime Minister Gordon Brown is set to announce plans to deliver "super-fast" broadband to every home in the UK by 2020 as part of Labour's bid for re-election.

Funding for the plan is set to be laid out in Wednesday's budget speech, with the Prime Minister saying the move will improve the UK's position in the digital world economy, as well as create 250,000 jobs and cut billions of pounds from public service costs.

The Government has already promised 90 per cent coverage for high-speed internet connections by 2017, a pledge rubber-stamped in the recent Digital Economy Bill. Key to that achievement will be the so-called 'broadband tax' a controversial 6-per-year levy to be imposed on telephone lines.

The latest announcement will effectively see the Government commit to covering the remaining 10 per cent of the country in a further three years, with Brown saying in a speech that broadband was "the electricity of the digital age" and "must be for all not just for some".

"We can allow the market to provide a solution on its own terms and according to its own timetable. The result would be super-fast broadband coverage determined not by need or by social justice, but by profitability," Brown said. "The alternative is our vision: ensuring, not simply hoping for, universal coverage."

The Prime Minister didn't clarify the actual speed of "super-fast" broadband, but claimed universal broadband coverage would lead to savings of up to 11 billion across Government. The plans include giving every UK citizen a personalised web page for accessing essential services, such as tax, vehicle licensing and housing benefits, which would lead to a reduction in the need for face-to-face contact with officials.

The Conservatives have been among the most outspoken critics of the 50 pence-per-month broadband tax. They have also pledged to deliver high-speed broadband by 2017, though their plan would be funded by private investment and a portion of the BBC licence fee a move the Prime Minister has claimed would simply perpetuate the digital divide.