Google has stopped censoring its search results in China - here's the reaction from the government, Microsoft and more around the world. 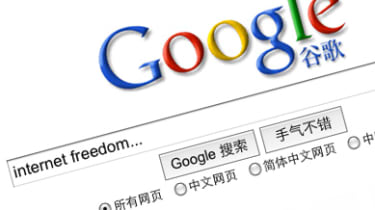 Google has made good on its word and stopped censoring its search results in China, re-routing anything from the Google.cn page via servers in Hong Kong.

The unprecedented move has sparked condemnation from China, kudos from human rights activists, and speculation from others around the world about what may happen next. Will China ban access to Google? Will this signal the beginning of the end of online censorship? Will Google refuse to block results in other countries?

Here's the initial reaction from around the world.

China has responded to the news by saying Google's action is "totally wrong."

Officials from the Chinese State Council Information Office told the Xinhua news agency: "Foreign companies operating in China must abide by Chinese laws. Google has violated the written promise it made on entering the Chinese market. It is totally wrong in halting (censorship) filtering of its search provider and also making aspersions and accusations toward China about hacking attacks."

"We firmly oppose politicising commercial issues, and express our dissatisfaction and anger at Google's unreasonable accusations and practices," the statement continued.

While that's not a very positive response, the official also claimed that the Chinese goverment "and promotes the opening of the internet to the outside (world)," adding: "China will unwaveringly adhere to a guiding policy of opening up, and it welcomes participation by foreign businesses in developing the Chinese internet."

Microsoft said it has no plans to stop censoring its own search engine Bing in China.

"We have done business in China for more than 20 years and we intend to continue our business there," it said in a statement to a Seattle newspaper. "We also regularly communicate with governments, including the Chinese, to advocate for free expression, transparency, and the rule of law. We will continue to do so."

"We believe engagement in global markets is important, as an open and healthy internet involves not only access to information, but access to network connectivity, computing power, innovative and easy-to-use software applications, and the basic IT skills needed to leverage these capabilities," it added.

The executive director of New York-based Human Rights in China praised Google for "thinking outside the box."

"They are technically staying in China but stopping censorship," Sharon Hom told the AFP. "It should be a message to other companies that they can come up with other solutions other than the simplistic choice of staying in China and censoring or giving up and leaving."

Arvind Ganesan, business and human rights director at Human Rights Watch, agreed. "Google's decision to offer an uncensored search engine is an important step to challenge the Chinese government's use of censorship to maintain its control over its citizens."

Reporters Without Borders paid "tribute" to Google for its "courageous stance", and for "betting on a free internet accessible to all in the mid or long term."

The group added: "We now appeal to other internet companies based in China to take the same road and to refuse to censor their own activities. If a common front is established on this issue, the Chinese government will have no choice but to allow access to a freer internet."

Amnesty International echoed that hope. "This lays down the gauntlet to other internet companies operating in China: to be transparent about what filtering and censorship the government requires them to do," said UK Director Kate Allen."

Others were a bit more concerned about how the move could affect businesses in the country, expressing disappointment that the pair couldn't work thinks out.

The American Chamber of Commerce in China told the Financial Times that it had hoped the pair would sort things out.

"We understand both the reasons Google made its decision and the determination of the government of China to maintain its existing legal and regulatory regime. Over time, we hope that the differences will narrow," it said.

The US administration echoed those thoughts. "We are disappointed that Google and the Chinese government were unable to reach an agreement that would allow Google to continue operating its search services in China on its Google.cn website," National Security Council spokesman Mike Hammer said in a statement.

"Google made its decision based on what it believed was in its interest," he added.