Building on a Linux brand

Red Hat is a perfect example of how open source firms need to trade on their reputation, not just their product. 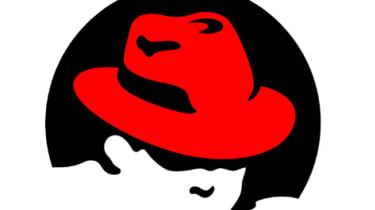 A feature of free and open source software is that anyone can make a copy of the software, rebrand and market it and sell it to the world. As long as they abide by the terms of the original licence(s) under which it was distributed.

Most, but not all, of the distributions that Distrowatch currently lists began life as copies or derivatives of one or other of the generic Linux distributions - Red Hat, Slackware or Debian - each of which owed some kind of a debt to Linux pre-history in the shape of SLS or Owen le Blanc's MCC Interim Linux, which is often claimed to be the first installable Linux distribution.

Red Hat owns the brand and the quality assurance that goes with the Red Hat trademark, but does not "own" the software it sells. For this reason CentOS and Oracle are able to provide rebranded versions of Red Hat Enterprise Linux which provide "complete upstream compatibility" with Red Hat's product without fear of legal approbation.

At first glance this might not seem a great idea. Traditionally, software companies have relied upon the "unique" qualities of their software as the selling point, but selling open source software is a different proposition.

The pay off for Red Hat is that the cumulative R&D value of the packages that comprise a Red Hat Linux distribution stretches into billions of dollars, and is the work of a multitude of private individuals, developer communities, corporate interests and other GNU/Linux distributions.

What differentiates Red Hat is its brand and the reputation for quality of service it has gained among its corporate customers.

Jon "maddog" Hall tells a story of the early days of Red Hat. Bob Young had gone to the Unix Expo in New York City with the three founders of Red Hat, Marc Ewing, Donnie Barnes, and Erik Troan.

"They had driven up in a panel truck from North Carolina to the Unix Expo, and had set up their booth, which consisted of a couple of boxes, boards across the top, a white checquered tablecloth and some book racks which held CDs and copies of their boxes. It was the end of the first day, and I went across to the guys, and said, 'Hey. Would you like to go out for a beer and dinner?' and Bob said: 'Well... I've got some appointments...'" he says.

"So, already he was lining up appointments. '...But these three guys can go with you'."

He added: "He reached into his pocket and pulled out the biggest wad of bills I have ever seen, peeled off three twenty-dollar bills, handed one to each of the guys, and said: 'Make this last..'.

"This is New York City. Twenty dollars is not even going to get you downtown. I found out later from Bob that the money was from sales of the product at the show, and if they didn't sell all the product they had, they didn't have enough money to get back to Carolina. I had visions of them on the road, trying to sell copies of Red Hat to get them back to North Carolina," Hall finishes.