A mystery shopping exercise has revealed that most ISPs are still not meeting the obligations of a voluntary code of conduct they signed up to more than a year ago. 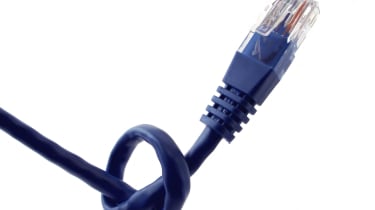 Internet Service Providers (ISPs) are still failing to give customers an accurate picture of broadband speeds despite signing up to Ofcom's voluntary Code of Practice more than a year ago.

The regulator used mystery shoppers to test ISPs' compliance with the code, and while 85 per cent were given an estimated maximum line speed before signing up, 42 per cent had to prompt the provider for the actual speed later in the process.

Three-quarters of the mystery shoppers weren't informed that the actual speed they would be receiving would in fact be lower than their line's maximum speed, while Ofcom also found ISPs were often vague in their estimates, such as when promising speeds of "10-20Mbps".

The majority (95 per cent) of the UK's ISPs have agreed to the code of practice, which requires them to provide customers with an accurate estimate of their line's maximum potential speed, explain the factors that may inhibit speed and how to avoid them, and offer an alternative package without penalty if the actual speed differs significantly from the original estimate.

However, with the evidence clearly indicating that many ISPs aren't living up to the spirit of the agreement, Ofcom says it is taking steps to reinforce it. These include working with ISPs on a single method for calculating and presenting speeds, making it a requirement for them to reveal access line speeds early in the sales process, and exploring the possibility of customers being able to terminate their contract without penalty should actual speed from significantly slower than the estamate.

"Consumers are now receiving more accurate information at the point of sale about their broadband service," said Ed Richards, Ofcom chief executive. "But our mystery shopping research reveals there is still significant further progress to be made, particularly in relation to the checkers used to calculate line speeds.

"We will work with the internet service providers to ensure consumers receive the best quality information and amend the existing code accordingly. We will continue to monitor and assess performance against the code in the coming months."

In one case a mystery shopper was quoted four different estimates from four providers, with quoted speeds ranging from 8.5Mbps up to 20Mbps.

Ofcom recently commissioned a new round of research into broadband speeds, with the first results set to start emerging in July.