This is no game. Call it Modern Warfare 2.0 or call it cyber war, the reality is that everyone is talking about it. But what is cyber war, are we fighting one and how can businesses best protect themselves from the fallout? 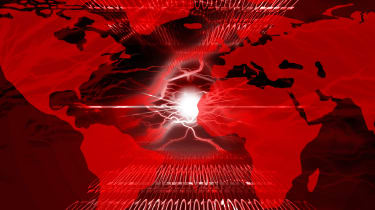 "The definition of cyber war would be an act by a state/government that has a political motivation to destabilise, interfere with, or disable online national security assets or entities of another state/government for the purpose of gaining the upper hand in pursuit of a militaristic objective," he said. "Those assets could come in the form of technological, economic or military value."

If we accept that there is such a thing as cyber warfare, even in a loosest sense of the word, is anyone actually fighting one?

We turned to Rodney Joffe first, senior vice president and chief technologist at Neustar who regularly works with both the London Met e-Crime unit and Interpol investigating global acts of cyber crime and also spoke about cyber war to the US Subcommittee on Communications, Technology and the Internet at the White House.

"We have been involved in cyber wars since the early 2000s," Joffe argues, adding that "our enemies include criminal gangs, ideologues, and national actors such as certain nation/states and terrorist organisations".

Joffe points to documented events as evidence: large scale DDoS attacks for extortion, data exfiltration of financial credentials - such as the Clampi, Torpig, and JabberZeus botnets - and the coordinated attacks by Russia against Georgia in cyber space as tanks rolled across the border in 2008.

Dr Winter agrees that it's clear the US at least is "under varying levels of cyber attack, often severe and certainly sustained" but without that clear and unambiguous attribution maintains you cannot state conclusively it's in a state of war.

As far as these shores are concerned, Greg Day, Director of Security Strategy at McAfee for EMEA, insists that while "the UK is currently not engaged in cyber warfare" it is constantly defending itself from a growing number of daily cyber-attacks which, while not being concerted enough to be defined as warfare, do use the full hackers arsenal "ranging from political espionage through to forced denial of service attacks."

So no two nations are formally at cyber war, but McAfee's research in the field of virtual criminology has, Day confides, "highlighted that the US, France, Russia, Israel and China are the five major nations who are leading the way in proliferating cyber weapons in preparation for an expected age of cyber war."

Show us your arsenal

OK, so if weapons are being readied, what kind of arsenal are we talking about?

Day keeps it simple by saying "all the tools they have at their disposal" although admits complexities come when considering particular tactics for particular purposes.