A letter from a Lib Dem MP has given more weight to the concerns of other party members regarding the latest amendments to the Digital Economy Bill. 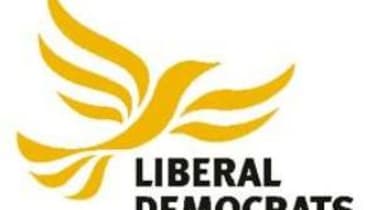 A controversial amendment that proposed blocking websites with copyright-infringing content was added to the Digital Economy Bill by a Liberal Democrat, but now an MP and parliamentary candidate from the party are speaking out against it.

Bridget Fox, parliamentary candidate for the Lib Dems in Islington South and Finsbury, has regularly made comment against the bill in her blog and written pieces for the Liberal Democrat Voice over the issue.

However, her concerns have now been given more weight with support from Lib Dem MP Don Foster and representatives from the culture, media and sport team for her party.

After claiming in a blog post that the bill was about to be "railroaded through the Commons" in a "classic Labour style," Fox shared a letter received from Foster, highlighting the issues both had in the bill.

"We recognise the significant damage to the creative industries of downloading from illegal websites and initially sought measures to address this," said the letter. "However, there has been limited time for consultation and very little time before final decisions are made."

The Lib Dems introduced an amendment to the bill while it was before the House of Lords that would see sites blocked for hosting illegal content. But the lack of time for consultation means Fox and Foster "do not believe that measures to address site blocking can reasonably be included in the Digital Economy Bill and we will not support any such measures."

Instead the letter claimed the bill should be debated in the next parliament giving time for it to receive "maximum scrutiny" from MPs before being signed into law.

In addition to this latest amendment, the letter claimed the party was "unconvinced of the merits of measures such as temporary account suspension or bandwidth throttling," and also believed that there wasn't enough protection for institutions such as schools, universities and libraries offering free internet access to the public.

The letter concluded: "Our goal is to support the creative industries while at the same time fully acknowledging the issues of rights and freedoms for the individual that arise as internet technology advances."

"In other words action should only be taken if it is appropriate, proportionate and necessary in a democratic society."

It was confirmed last week that the second reading for the bill has been scheduled for 6 April, the day Prime Minister Gordon Brown is expected to call the election.

This means the bill would be likely to end up in the "wash-up" phase at the end of parliament, allowing it to be made into law without full debate and only being able to change the bill by removing clauses, not amending them.