Burglary leads to loss of data about 9,000 children

A staff member from Barnet Council lost the data relating to 9,000 children after unencrypted storage devices were stolen from their home. 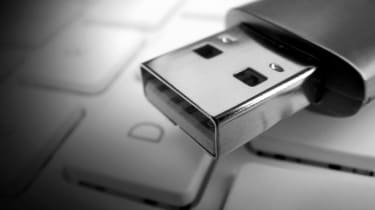 Barnet Council has admitted losing data on 9,000 children after an employee was burgled at home.

The London Borough Council has written to residents affected by the loss, namely year 11 pupils who attended any school in Barnet from 2006 to 2009.

The data was lost earlier this month after a member of staff at the council took CDs, USB sticks and a computer home, which were then stolen by a burglar.

Although the computer was encrypted, the storage devices were not, which the council has admitted was a "breach of council policy."

The information on the pupils included names, birth dates, postcodes, and education data on the students, as well as their ethnicity.

In some cases it also involved full addresses and telephone numbers.

"We believe that the risks associated with this data loss are very low," the council said in a statement on its website.

"The advice we have received from the police indicates that this was an opportunistic burglary looking for high-value items rather than specifically to steal data. This assessment of the risk has involved taking advice from the police and staff trained in safeguarding children from within the council."

The council acknowledged its safeguarding team had been concerned about the possible identification of one child but said "this issue has been dealt with."

The council claimed to have taken steps to prevent this from happening in the future by disabling access to external storage devices, meaning no unauthorised copies of data can be taken home, as well as ensuring all computers leaving the offices were encrypted.

Anyone concerned about the loss can call 020 8359 7599 or email the council for more information.