The Government has redrafted clause 18 from the Digital Economy Bill. How will this latest amendment go down? 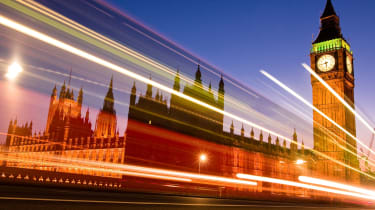 A controversial clause of the Digital Economy Bill has been redrafted by a Government minister in an attempt to quiet its critics.

However, the redrafted version of clause 18 still contains the power to block websites that contain copyright infringing material, the actual bone of contention for many opponents.

Now, instead of the copyright holder being able to go straight to court for an injunction, the complaint would have to be raised by the secretary of state in Parliament for a public consultation first.

A spokesperson from the Department of Business, Innovation and Skills (BIS) told IT PRO: "The new clause 18 is a legally enforceable version of the clause inserted by the opposition, with additional safeguards."

"It is a limited power for the Secretary of State to propose regulations in the future. The regulations would allow copyright owners to apply for court injunctions to block access to specified websites."

The spokesperson concluded: "The safeguards are extensive, including provisions on consultation, threshold, proportionality, freedom of speech and greater Parliamentary accountability."

Those against the bill still feel this is not enough.

Lilian Edwards, professor of internet law at the University of Sheffield, said on her blog: "Mainly because most (sensible!) people are only reading the accompanying letter from Mandelson, and not the text itself, the new version is getting a fairly good reception in some parts."

She added: "The new section itself is however, like the famed curate's egg, good and bad in parts, but overall a complete waste of time, and should be dropped entirely before the election."

On a more positive note for internet service providers (ISPs), the latest version of the clause said they would not be responsible for paying the court costs to block a website.

The second reading of the Digital Economy Bill in the House of Commons is set for 6 April, which many think will be the day Prime Minister Gordon Brown announces the election.

This could leave the bill in what is commonly known as the "wash-up" phase, where bills that haven't been passed are pushed through quickly before the next Government comes into power.

However, today Labour MP Austin Mitchell came out against the speeding through of the bill, proposing an early day motion to the house.

The motion said: "This House believes that the Digital Economy Bill [Lords] is too important to be taken further in the last days of a dying Parliament; and considers that a bill with so many repercussions for consumers, civil liberties, freedom of information and access to the internet should be debated and properly scrutinised at length and in detail, with a full opportunity for public discussion and representation in a new Parliament after the general election and not rushed through in the few days that remain in this Parliament."