Is it time to say goodbye to keyboards?

Will the arrival of the iPad herald a new era in touch screen-only computing? 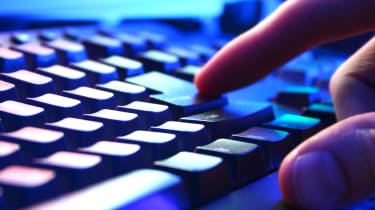 When American website the Onion ran a spoof news article on a fictional touch-sensitive click wheel to make typing a thing of the past, it created a stir, satire though it was.

Why? Because from two finger typists to business people looking for tools to help them write reports faster, the keyboardless laptop sounds attractive. So what's the real technology out there and can we say goodbye to keyboards yet?

Microsoft Surface is one keyboardless device.

It's a large touch sensitive table top capable of responding to touches from multiple users as well as hand gestures and physical objects placed on the device. 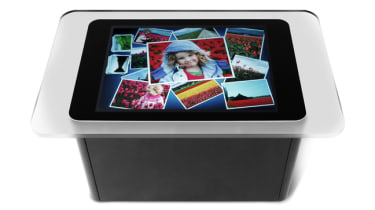 So how is this keyboard-free tool doing one year on since Microsoft expanded the commercial availability of Surface to markets in Europe, the Middle East and Africa (EMEA)?

Panos Panay, general manager for Microsoft Surface reveals: "We've seen notable growth in several areas, including an increase from 60 to over 300 Surface partners (nearly half from EMEA), availability in Australia as of this past January (totaling 18 available markets worldwide), and we've had over 10,000 downloads of the Surface SDK Workstation Edition."

Besides targeting retail, hospitality, financial services, healthcare and the public sector, Surface has seen its "largest European deployment to-date in 62 Vodafone stores across EMEA" as well as deployments in Deutsch Bank, Europcar, and Heathrow Airport.

Of course, Surface devices are not designed for everyday use like writing emails or reports in an office, given they measure 108 x 69 x 54cm, weigh 82kg and cost an awful lot to boot.

The idea of turning any surface into a potential keyboard or interactive presentation from a coffee table to a piece of paper is another attractive idea and this is something else Microsoft are working on with Surface.

The idea is to create a portable computing solution that combines a mobile device with a camera projector system.

Information on how the technology would work is scarce but the basic idea is discussed on the Microsoft Surface Blog and there are some demos of the technology in action to tease users too.

The ultimate aim appears to be to combine this technology with multi-layer 3D presentation and augmented reality. But any commercial product seems a long way away.

With support for pen and finger touch and multi-touch gesture support the HP EliteBook 2740p tablet PC comes with an optional touch screen that can be rotated and placed on top of a keyboard.

Of course, it's still a way from a completely keyboardless laptop but hybrid tablets and laptops offering the choice of touch screen or keyboard and mouse navigation are becoming much more common.

Apple's iPad has no physical keyboard, providing an on-screen keyboard as part of its Mail app with auto-suggest and auto-correct grammar and spelling. 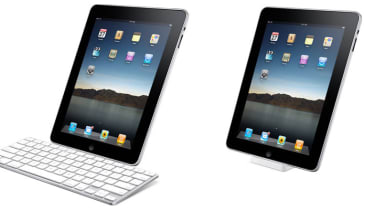 Voice command tools like Google Voice are becoming more common. Google Voice offers a keyboard free way to search through your business contacts simply by using voice commands. Alas, for now, Google Voice is by invite only and only available for businesses in the US.

There's also Say Who, a free app for the iPhone available in the UK to dial business contacts simply using your voice. SayWhere is sure to follow, a tool for navigating to popular map, business search and websites purely by voice command.

Meanwhile, a number of companies are working on facilities for mobile devices that can access and launch a variety of applications and services using simple voice commands, as well as dictate their text messages a necessary precursor to the next stage of writing entire reports by dictation.

In the US, Nuance recently used its VSuite speech recognition framework to create such a tool using Nuance's VoiceMode speech-to-text technology for the Verizon Wireless Samsung Rogue.

Philippe Jeanrenaud of Marketing Nuance Mobility says: "We don't expect the keyboard to become obsolete as there are always situations where a user would be more comfortable using the keyboard (privacy for example). In addition, while speech recognition technology has dramatically improved in recent years, it is still sensitive to very noisy backgrounds (bars, train stations) and this would be another situation where the user be better served using a keyboard. In fact, Nuance feels very strongly there is a good complementarity between the two modalities: speech input and intelligent text entry methods."

Nuance's own voice operated tools may be here in Europe soon. Philippe adds: "We are not aware at this time of any plans to ship the Rogue in Europe with VoiceMode. However, we have launched an after market dictation application for the iPhone last December for the US market. This application was very successful (over a million download in the first weeks) and we have plans to follow up with launches in Europe within this year. Details to follow."

Keyboards are here to stay... for now

The keyboard is far from obsolete yet. There are some tasks from emailing others to writing a report for which they remain the ultimate tool.

Voice recognition and touch screen technology though is developing rapidly and for some tasks, like telephony to interacting with presentations and moving files and images, using voice command, on-screen or on-surface tools may be easier.

Microsoft's Panay can see a future where keyboards and keyboard free technology sit alongside one another depending on which is the optimum way to carry out a particular task.

"There are computing scenarios or situations where Surface and the multi-touch experience is ideal - [such as] where multiple people are gathered and collaborating - and times when it makes most sense to use a PC, mice and keyboard - data-inputting for productivity, writing, etc," he said.

"Therefore, rather than having one replace the other completely, we're heading into a new direction where we will decide on which technology to use based on which best meets the use scenario."