Germany calls for child abuse sites to be deleted

In a week where the EU revealed its plan to block websites displaying images of child sex abuse, Germany's Justice Minister says they should simply be removed. 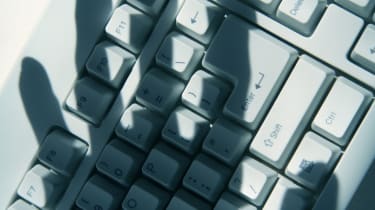 Germany has come out in opposition to a European Union plan to block internet sites containing images of child sex abuse, saying such sites should be completely deleted rather than just blocked.

The EU commission plan announced earlier this week would see member states developing their own systems to block access to any sites found to feature pornographic photos or images of children.

Speaking to the Hamburger Abendblatt newspaper, Leutheusser-Schnarrenberger argued that blocking "is not an effective weapon in the fight against child pornography and also leads to a loss of trust among internet users".

"I expect a broad debate ... in which I will push the position 'delete, not block'," the minister added.

Indeed, the position has already found support in Germany from both the centre-left Social Democrats (SPD) and the environmentalist Green Party.

The current EU plan, which requires approval of member states and the European Parliament, was announced in Brussels on Monday by Cecilia Malmstrom, the EU home affairs commissioner.

"Child pornography is a horrible crime. It is not an expression of freedom of speech," she told reporters, adding that systems already in place in Scandinavian countries, Italy and the UK "stop thousands of requests each day".

The UK Internet Watch Foundation (IWF) says both plans have merit. "We are clear about what blocking can do," a spokeswoman told the BBC. "It can stop inadvertent access."

But, she added that, as a "notice and take down" agency, the IWF has the power to remove content if it is hosted in Britain.

"Commercial content moves around a lot," she said. "A mixture of blocking and removal is a good tactic because it's so dynamic."